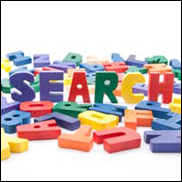 Now I know how he closed Bono.

McNamee is incredibly convincing in this video. And you should watch it. It's got all the excitement we used to have in music that's gone now, and according to McNamee, a musician himself, with the journeyman band Moonalice, it might not be coming back.

But what got me to watch was the quote about Microsoft…

Microsoft's share of Internet-connected devices has gone from 95% to under 50% in three years.

But it's not only Microsoft that's in trouble, but Google too. Because people just don't search in the same way on mobile devices, and that's where the action is increasingly going to be. And right now, that world is controlled by Apple. McNamee decimates Android. Because of the spamware. He tells you to run right out and buy an iPad, because Apple might just own that market like the iPod.

So where does that leave musicians…

My number one e-mail is how do I get rich? Maybe there's just not that much money in music. As McNamee says, the only guarantee is that tomorrow's going to be different from today. Accept that.

And listen to him go on about the possibilities re HTML5. Opportunity is a knockin'!

But apps are not music. Not that music apps can't be profitable, McNamee talks about one that allows you to practice silently that he thinks is going to generate cash. But creating hit music? Tech doesn't help much there.

We're gonna go through a massive transition. Enablers, formerly called record labels, will be all about nurturing bands. Artist development will return. Because the marketplace demands it. There's just not enough money in polishing turds and throwing them against the wall. If you want to make any money at all, you've got to play to last.

So, you throw out most of the people at the label.

You can throw out the distribution people, that's for sure.

And probably promotion too. Radio's power is fading. Not overnight, but radio just allows you to reach a greater mass quickly. Want to reach a great mass quickly? Shoot somebody, you'll be all over the news. Want to have a lasting band? Radio is last. Radio only wants to play that which sounds like what they're already playing. If you're new and different, radio wants nothing to do with you, it can't risk, there's too much money involved. You've got to go straight into the wilderness, where the fans are.

And right now, you probably suck. It takes 10,000 hours to become world class. Do you think the whole world'll be interested before you put in that amount of time?

So we're gonna have trusted talent scouts. That develop talent.

This has been Jimmy Iovine's route to success.

As for Doug Morris… Doug doesn't develop anything left of center. He looks for immediate reaction at radio. Which is why the catalog of Mo Ostin's Warner Brothers is worth much more than that of Atlantic.

But both of these men are about getting rich personally. Music is second. And that's why they won't rule the future. The future of music will be ruled by trusted partners who put the music first, who leave some money on the table. Music is not TMZ, it's not publicity, it's not train-wreck. It's about the notes, not hype.

So he who can find and nurture talent will get a greater chance at landing the next talent.

1. You've got to pluck someone from obscurity. For the past twenty years, music has been about major labels closing on talent they all want. It's rare that a label finds something nobody else wants and develops it, they're all shopping at the same store. In the future, you're going to have to be a visionary, finding talent way before anybody else can hear it. That's your expertise, your big checkbook is secondary to your ears.

2. You're going to have to invest time. Sure, lock up the act, but don't expect to be profitable for years, a number of albums down the line. Not only because it takes that long for fans to find a band, but it takes that long for a band to find its signature sound. Led Zeppelin was not Jimmy Page's first band. Elton John, the Eagles, so many of the classic acts were kicking around finding themselves before they hit it big. Align yourself early, deliver your expertise.

3. Musicians. You've got to be in it for the long haul. If you've got a Plan B, you'll never be successful at Plan A. And success will come more from doing it differently than imitating the mainstream. The mainstream is an ever-decreasing sideshow.

Watching this video you can see music business people are no match for techies. If it comes to 1's and 0's, you're better off hiring someone familiar with them. The only expertise music people have is music, that's it. Everything else has been stripped away, stolen.

There's so much good stuff here it's mesmerizing. I watched this the way I used to watch bands. When bands were all about the cutting edge and the truth.

McNamee can't be a world class musician because he's got a day job. He thinks it's about tech, but it's really about music, Moonalice's just isn't good enough.

But now we're only interested in great music. And until you're that good, expect to be ignored.

And marvel when he gives out his e-mail address.

Isn't it amazing that you can reach McNamee and Steve Jobs but not a single music business honcho?

That says it all.

You've got to function like you're living in the now. And do that which no one else can do.

Today's generation grew up on MTV and "Cribs" and a ton of wealth. But that's all evaporated. All that's left is the tunes themselves. You've got to be incredible. You've got to hook up with trusted partners who help you be so.

Watch this video. You'll get more out of it than any meeting at a major label. Because they're living in the past. McNamee is owning the present and doing his best to live in the future.