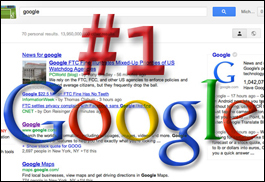 1. No one is waiting for your album.


2. Social networking is not about driving momentary sales but creating a relationship. That's your new role. To be available and in touch with your audience each and every day. To be a land mine that someone can step on if they suddenly hear about you. Think how you discover something and immediately research it. Google is the most powerful force in music, not radio. You want to be number one in the search results and you want a plethora of information so that when someone decides to check you out they can find out your bio, personality and listen to your music. You should be thrilled that someone cares about you. Your door should be open. Making it hard to enter your front door is akin to having a retail establishment with a locked entrance. Yes, clubs utilize velvet ropes, but they have a tiny audience inside. Then again, if you believe you're only entitled to a tiny audience, have a huge cover charge and sell overpriced drinks. Which is kind of like when Bon Jovi and the Eagles go on tour. Those are dead acts. You've got to be alive. If you're not growing, you're over.


5. You can no longer have too much music. It's like saying there are too many books in the library. Your goal is to get so good that when someone checks you out, they find a lot to experience and marinate in. Don't worry about separating the wheat from the chaff, your audience will do this.


6. Playing live is no longer about faithful repetition of the hits. You're better off being like Phish than a Top Forty act playing to hard drive. Since all the money's in live, you've got to get people to come more than once. Which requires cheap tickets. Mumford & Sons has this right. Audience members feel better when they can't get into a show with cheap ducats. It's when they can't get a ticket to a show with overpriced tickets that they get angry at the act. And if your fans are angry at you, you're on the road to oblivion.

7. Don't worry if people hate you. Have an identity. The hooks of your personality are like one side of Velcro, the loops are the audience. You don't need every loop to catch on a hook to create a strong, healthy bond, just enough.


8. Don't worry about the genre of music you're playing, just whether it's good.


9. If there's no viral action on your music, you're just not good enough. Don't get mad at the audience, get mad at yourself. Either give up or get better.


10. It might be tempting to break all these rules and play the old game. Where the amount of music is minimal and it's all about marketing. But if you pursue that avenue it's like selling typewriters, like being Facebook, king of the web with an inadequate mobile strategy, like being Microsoft, making your coin on legacy objects which are fading in the rearview mirror. The turning point is now. As for mystery, the web killed that. We're all in it together. It's not about keeping people away, but letting them in. Be thrilled that anybody cares.