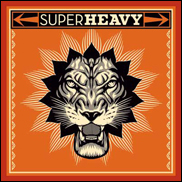 1. Mick Jagger doesn't know who his audience is.

I'm not saying he doesn't have an idea who might buy this album, it's just that he doesn't have a personal relationship with them, he has no line of communication, HE DOESN'T HAVE THEIR E-MAIL ADDRESSES!

That's your number one promotion job, finding out exactly who your audience is. So you can make them aware of your new work and infect them and get them to spread the word. This is the most efficient marketing system. It's direct to fan. And it's incumbent upon all acts to do this.

You can get around this if you're the Dave Matthews Band, if you know who your audience is as per #1 above. If not, you're gonna sell bupkes.

You might think the Top Forty game is simple, but it's not. The winners in the field have not only worked in it for years, they've studied it, they know what works, they've put in the time. Respect them for it.

4. If you don't make Top Forty music, you must go on the road.

That's where you build careers today, that's where you maintain them. But if you're doing something new, you've got to break all the rules. People don't expect the solo band member to replicate the group hits, they expect to be disappointed. So they don't want to go, they certainly don't want to overpay. So you've got to underplay and undercharge as an investment in your career. And you've got to over-deliver, so when you come back again, soon, patrons will bring their friends, so you can build. It's a lot of hard work, something that's anathema to the superstars going solo.

If you're on the show and the track is perceived to be good. Ergo the success of "Moves Like Jagger" and the failure of the Steven Tyler track.

A guest shot is almost meaningless. What you're selling here is your connection with the viewer, who sees you every week. They feel like they know you. They'll buy the track in solidarity if they believe it's great. Tyler's track was a joke, a boring, perfunctory exercise. Today you've got to be better than great to succeed. J. Lo delivered a track better than what she'd done in years, so her fans bought it, but no one else did, because J. Lo's a great dancer, can be a good actress, but she's a no-talent musical artist.

6. You have to ask yourself if you're a musician or a star.

Mick Jagger is certainly a star. But no one thinks he's a musician. Most people believe he hasn't done anything great since the seventies. You can no longer coast, unless you're going on the road and playing those ancient hits. You've got to prove it every day.

And the mainstream is last, they're the followers, not the chance-takers. The movers and shakers, the early adopters who'll spread the word, ignore the mainstream press. Better to reach a few fanatical bloggers than the "New York Times".

8. Everything above is known to everybody under thirty. But it's all a secret to everybody over thirty, especially those who've had success in the past.

Artists don't realize that today your past history gives you a foot in the door and nothing more. Youngsters know it's all about the grass roots, building community online, or playing the overly-promoted Top Forty game.

It's fine if you want to give up. But if you want to make new music and have it get traction today you must obey the above rules. And the music must be great. But that's no guarantee everybody's going to pay attention. This is where your history hurts you, people expect your new material to be crap. If it's great, you have to wait for the hype to die down and for the music to percolate in society. Traction will be slow and small. This album may not ever blow up. It may be the one after or the one after that.

You're starting all over.