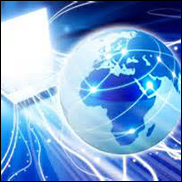 We’ve been racing towards the center ever since the internet blew a hole in distribution. Used to be we had controlled models that were very profitable. Now we’ve got unlimited channels with many more competitors and it’s extremely difficult to scale.

Scale, that’s the mantra of the tech companies. If it doesn’t appeal to everyone, they don’t want to sell it to anyone. And despite you having your personal favorites, those in charge look at the balance sheet and axe them. The WSJ reports today that BlackBerry is contemplating getting out of the handset business. There’s just no there there.

Sure, we saw a concentration of eyeballs in the pre-internet era. MTV minted stars and the film companies employed their near monopoly to sell a ton of DVDs. But then MTV was usurped by the web, musicians as au courant as Justin Timberlake kept telling the channel to bring back videos, but that was never gonna happen, music was now an on demand item online.

But not every musician was inured to the past. It was Ozzy Osbourne who broke the barrier with his family on their TV show. It made Ozzy a household name. One can argue it ultimately dented his touring business, but that was in decline anyway, and new monetary opportunities were in the offing. Sharon became a mini-TV mogul, and the spoils rained down upon both of them.

The next hit to the body was Steven Tyler becoming a judge on “Idol.”

He did it for the money.

Ozzy may have sacrificed his credibility on TV, but in the twenty first century it turns out credibility doesn’t pay. Selling out pays. And now the floodgates were open, everybody was looking for a payday that granted exposure. There were coaches on “Idol” and the “Voice” was solely about the judges, the already famous, not a single contestant has ever broken through to the mainstream.

Because that’s incredibly difficult. To go from zero to hero.

Used to be you got the company behind you. Which spent money and pulled strings to push you to ubiquity. But then ubiquity wasn’t what it used to be. And with the decline in recording revenues there wasn’t a big enough pot to support everybody. So now only a few get a chance. And those few play by the rules, they give the people what they want, via insurance bought from a cadre of usual suspects. Taylor Swift may be the biggest star in America, but her power is eclipsed by Max Martin, who cowrites not only her hits, but those of seemingly everybody else on the pop chart.

As for the film business, with the DVD pot gone, the only hope was to play to everybody, around the world, thus we got the comic book movies, which you could understand without even knowing the language. Furthermore, with television becoming a hotbed of story it wasn’t worth it for the studios to compete, there just wasn’t enough money in it, although they did make a lot of the television shows.

But despite living in the golden age of television, a hole is about to be blown into the heart of the medium, on demand streaming is going to eviscerate so many channels, which will fold because cable companies cannot afford to pay them, what with subscribers fleeing.

And it’s not only drama, but sports too. ESPN is going down, down, down. Not only do people not want to pay for it, it turns out they only want to know what’s going on with the behemoths, as Keith Olbermann just said:

Fox’s Sports Network Hires an ESPN Veteran for a Reinvention

By doing what already works, by giving people what they want. Niche is passe, unless you’re rolling up a bunch of niche, then again, HBO has “Game of Thrones” and Netflix has not only “House of Cards,” but some of the best movies ever made. If you’re reinventing the wheel, you’re gonna be lost in the noise. Because not only are you competing against the history of art, which is available at everybody’s fingertips online, you’re competing against everybody with an internet connection, who is a star unto themselves, posting on Instagram, Facebook, Snapchat…they don’t have time for anything but the popular, which they want to be able to comment upon.

And fantasize about. The Kardashians are aspirational figures. It’s not about sitting passively at home, enjoying their antics, but imitating them, so you too can move up the ladder, in a cutthroat world where opportunities are limited and everyone’s replaceable. Hell, even Taylor Swift went on the “Voice.”

You go where the eyeballs are.

No one sits at home enduring commercials on the box.

And no one sits through either commercials or songs they don’t like on the radio. However, the purveyors love the radio, the same way advertisers love television, because despite the lowered ratings it’s the best way to reach mass, and all they care about is mass.

Radiohead just dropped a new LP which has been lauded by every press outlet. Then again, the public no longer trusts the press. But the truth is that without a hit single, something that plays on Top Forty, the band’s new music has not only been forgotten by the masses, they’re never ever gonna hear it, it’s for fans only, the retreat from social media and the band’s reappearance are a bigger story than the tunes.

And even the classic rockers are banding together to bank coin. None of the Desert Trip performers could make this kind of money alone. And they want to make money, because art is no longer a factor, they’re too old and have lost their way.

But that happens to all of us, time eventually passes us by, we cling to old models wanting to believe the past will return. But that never happens.

So with success so elusive, with distribution open to all, those already established, with deep pockets, end up owning the game. Of course, enterprise needs new blood, but ultimately you play by their rules, because you yourself are afraid of being left behind. One stiff single and you’re no longer mentioned.

Maybe a new platform will appear that will aggregate the outside, that which is different from what presently exists. Distribution always changes the art, it doesn’t get enough attention.