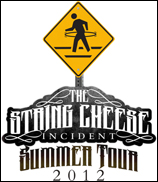 LOS ANGELES (CelebrityAccess MediaWire) — 50 friends and fans of the jam band String Cheese incident recently took $20,000 dollars put up by the band to the box office at the Greek Theater in Los Angeles to purchase concert tickets from Ticketmaster that the band then put up for sale at face value (sans TM service fees) on their own website.

The reason that the fans went in a group was to end-run the 8 ticket per person limit imposed on ticket purchases and by buying at the box office, they took advantage of waived surcharges for walk-ups. Each person purchased 8 tickets that were then listed for sale on the String Cheese Incident's web site for $49.95.

"We’re scalping our own tickets at no service charge," Mike Luba, one of the band's managers, told the New York Times.

The band plans to do this same trick 'no service fee' trick for their entire upcoming summer tour.

"It costs us money to sell the tickets," Keith Moseley, the band’s bassist, told the Times. "But we are going to eat that cost this summer in order to make a better deal for our fans and let them know how much we appreciate them."

The band, who has long sold their own tickets, often nearly as much as 50 percent of the total sales sued Ticketmaster in 2003, alleging that the ticketing company used its influence to deny the group more than 8 percent of the tickets that are usually allowed for artists to sell. The case was eventually settled, allowing the band to continue handling their own sales for 5 years, but that agreement expired in 2009.

Promoter John Scher told the New York Times that the band's effort were 'a righteous cause' but noted that in many cases, the costs of booking acts was so high that venues and promoters can't afford to miss out on the fees, or rebates in industry parlance.

"The acts have gotten so greedy across the board, and have made the risk-reward so impossible, that the rebates are very much the lifeblood of promoters," Scher told the Times. – CelebrityAccess Staff Writers