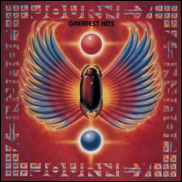 The song is perennial favorite with producers and directors of both movies and television. 2005 was a good year for Don't Stop Believin' when it was featured in "Monster," starring Charlize Theron, made its way onto iTunes' Top 10 Singles in 2005 following same-week appearances on Fox's "Family Guy" and MTV's "Laguna Beach." and became the unofficial theme song for the 2005 World Champion Chicago White Sox. It also enjoyed a huge resurgence in June of 2007 as the music for the climactic finale of "The Sopranos."