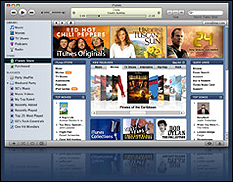 The partnership will allow music fans to download a free song from iTunes with every concert ticket purchased on Ticketmaster.com, as well as give users who pre-order select digital albums on iTunes a chance to purchase concert tickets before they go on sale to the general public.

“By providing direct links to iTunes, the world’s most popular online music and video store, we’re giving iTunes and Ticketmaster customers the opportunity to buy concert tickets, and explore and purchase great music,” Sean Moriarty, president and CEO of Ticketmaster said in a statement. “We’re thrilled to be working with iTunes to offer concert-goers even more ways to connect with their favorite artists.”

“Our exclusive digital album pre-orders have been extremely popular with iTunes customers,” Eddy Cue, Apple’s vice president of iTunes said. “We’re thrilled to be teaming up with Ticketmaster again to give music fans free music and the ability to buy concert tickets on Ticketmaster.com before they go on sale to the general public.”