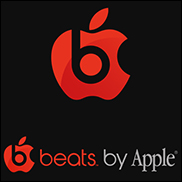 CUPERTINO, CA (CelebrityAccess) — Almost a full year after making a $3 billion investment to acquire the Beats music service, Apple is pushing forward with a major overhaul of its music offerings while preparing to compete in the streaming business.

According to a story in the New York Times, Apple is working with Beats to introduce a subscription-based streaming service, as well as an enhanced iTunes Radio that can be customized for regional markets. Apple is also seeking to bolster their offerings with exclusives, such as album releases.

The Times also reported that Apple has put Nine Inch Nails frontman Trent Reznor in charge of overhauling the iPhone’s music app to include the streaming music service. Reznor joined the Apple team through his role as the chief creative officer for Beats, where he played substantial part in designing their music app.

The App, taking a page from the Beats streaming service, will offer curated playlists and visual appeal.

Perhaps surprisingly for Apple, the company finds itself in the position of being an imitator rather than an innovator and will face stiff competition from already established music streaming services such as Spotify and Rdio.

However, as the largest music retailer, the shift to streaming is vital for Apple's music business as consumer music consumption continues to shift towards streaming. According to the Recording Industry Association of America, streaming overtook physical sales for the first time in 2014, while music download revenue fell by more than 8% to $2.6 billion.

One place that Apple had hoped to find a competitive advantage was a lower price point, but the company failed to persuade labels to offer better rates on licensing fees, according to several music executives, who spoke to the New York Times on the condition of anonymity.

“They’re used to being a shaper rather than a responder,” financial analyst Toni Sacconaghi told the New York Times. “This is one of the few times where Apple is playing catch-up and not necessarily coming from a position of strength.” – Staff Writers