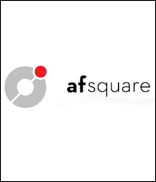 CULVER CITY, CA (Hypebot) – Troy Carter is forming a new tech investment fund between $75 to $100 million which should include music tech investments though Carter is not pinning himself down to a specific thesis. Announced Wednesday, details are sketchy, coverage is limited and participants are undisclosed. But Carter has been even busier than I realized from his recent investments through AF Square to his creation of Atom Factory Music.

Wednesday PandoDaily's Hamish McKenzie reported that Troy Carter was "announcing the formation of a new fund of between $75 million and $100 million to triple-down on his tech investing activity."

It seems to be an exclusive with little coverage elsewhere. Here are additional details:

Carter says he "didn’t want to get hung up on a specific investment thesis just for the sake of a thesis" and "describes his investment strategy in one word: 'opportunistic.'"

The fund "will invest mostly in the seed and Series A stages. He isn’t disclosing the details of where the money for the new fund comes from."

Carter's also bringing in "Waywire cofounder Sarah Ross as AFSquare’s head of marketing. Ross’s most notable achievement is bringing Ashton Kutcher onto Twitter…She is one of the first hires in what will be a beefed-up AFSquare presence in Los Angeles."

Carter apparently founded AF Square in 2012 as clearly something more than a fund but that's how most coverage describes it. It seems like AF Square is more a venture firm and consultancy than simply a fund and so I assume this is their second fund or that things were a bit looser at first and are now getting more formal.

Perhaps Carter simply took the investments he was making and the investors he was advising and formalized it all as AF Square.

According to Hamish, AF Square has now invested in 50 companies, many of which are music-related and Carter seems likely to continue with such investments given his history, contacts and statements like:

"We need great minds around music…If entrepreneurs aren’t incentivized, music is going to be stuck in the dark age."

AF Square music tech investments this year have included EvntLive and Buddy.com. Bread was exited via an acquisition by Yahoo.

Basic Vacation and The Ceremonies are initial signees and the "deal will emphasize innovation and technology-based marketing strategies for both bands."

And now we know a bit more about Troy Carter whose empire, though impressive, still seems to be in early growth mode.