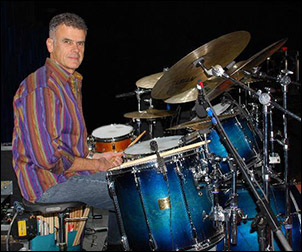 OAKLAND, CA (CelebrityAccess) — Two members of the American funk/R&B band Tower of Power are in the hospital after being struck by a train shortly before they were due to take stage at Yoshi's in Oakland.

A statement from the band said drummer David Garibaldi and bassist Marc van Wageningen were seriously injured in the incident but are expected to recover.

"I was at the hospital last night and saw David but Marc was in intensive care and I wasn't able to see him. Dave's head and face were pretty swollen and bruised but he was lucid and expected to recover. Marc came through surgery well; his internal bleeding was stopped and they were waiting for him to stabilize in order to do further testing. The doctors were cautiously optimistic. We appreciate the responses and prayers from our former bandmates, friends, and fans and we all remain hopeful and in prayer," fellow band member Emilio Castillo said in a statement posted on the band's social media.

Early reports indicate that the two were crossing the street in front of Yoshi's and were hit by an Amtrack train. According to unverified reports, there was a freight train that had just passed and a group of pedestrians were starting to cross the street but another train was coming from the other direction that was obscured by the first train.

The band's show at Yoshi's was canceled but there has been no official announcement about other dates. The band's next scheduled show is at the Belly Up Tavern in Solana Beach, CA on Jan 18th, followed by Tachi Palace Hotel & Casino on Jan. 19th. – Staff Writers