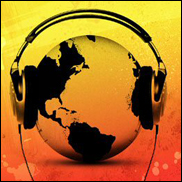 WASHINGTON DC (Hypebot) – The U.S. House of Representatives last night approved by voice vote legislation that could help all webcasters. The Digital Media Association (DiMA), SoundExchange, NPR and the RIAA have issued a joint statement applauding the swift action of the House. The bill now moves to the Senate with passage expected early this week

The legislation authorizes SoundExchange, on behalf of copyright owners and performers, to negotiate new royalty agreements for internet radio through February 15, 2009 with DiMA, NPR and all other net radio services including simulcasters. This modification enables negotiations to continue while Congress is in recess as well as implementation of an agreement if the parties can reach an accord.

Nothing in this bill affects the scope of sound recording performance rights or any underlying copyright law.

Supporters are hopeful the Senate will take up the bill prior to adjournment and be sent to President Bush for his signature. The parties expect negotiations to resume upon enactment of the bill.

From the press release:

“Everyone is grateful to the sponsors of the bill and to Chairman Berman for getting this through the House last night,” said John Simson, Executive Director of SoundExchange. “This bill favors all webcasters and simulcasters – large and small. It paves the way for SoundExchange to use the coming months to pursue helpful solutions that allow all services to focus on business development. And, although there are no agreements yet, I am hopeful.”

Jonathan Potter, Executive Director of DiMA was also encouraged. “This is an important step. Hopefully the Senate will follow suit and we can return, energized, to negotiations.”

“This legislation benefits all music webcasters and excludes none," said Michael Riksen, NPR VP of Policy & Representation. “Passage will facilitate closure of an agreement to enable all public radio stations to continue their public service through the webcasting of music.”