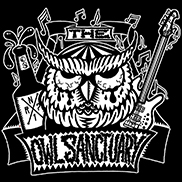 NORWICH, UK (CelebrityAccess) — The Owl Sanctuary, a club in the UK city of Norwich has announced that after 2 years, they may be closing their doors at the end of January after the building that houses the venue was sold to a property developer.

Originally opened in 2014 by Dan Hawcroft, the club has gained some catchet as a venue, including hosting the first sold-out show by the UK punk band Slaves. Hawcroft said that he had a verbal agreement with the previous landlord to extend the venue's lease when it expired in March.

“He has not been told to leave, it’s his decision to leave. His lease is until the end of March and there is no option in the contract to extend that. He knew that when he agreed the lease with Mr Watkins," Pratt told the newspaper. “At the end of the day, I don’t wish anybody any ill. We have all started in business somewhere and they could have had a little longer to stay there.”

Meanwhile, a campaign to save the venue has been launched, spearheaded by the Norwich branch of the Campaign for Real Ale, who are seeking to have the City Council declare the pub as an asset of community value. Such a determination would provide a measure of protection for the venue.

While it appears the venue is heading towards closure, they still have a spate of shows booked through the end of the month, including gigs by Turnover, Beach Slang, Voodoo Glow Skulls, Capdown, Terror, and Peter & The Test Tube Babies. – Staff Writers