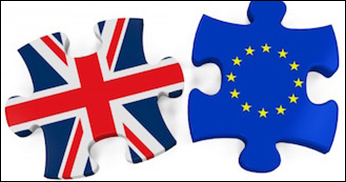 LONDON (VIP NEWS) — The UK has voted by a narrow margin to leave the European Union in a historic referendum and now speculations start on the effect on the Live Music Industry.

Culture secretary John Whittingdale has no doubt what Britain leaving the EU would mean for the UK’s music industry: absolutely nothing.

“We are the most extraordinarily creative nation on the planet,” he told a mix of music biz executives and politicians at a UK Music reception at the House Of Commons last week, “And that has nothing to do with whether or not we are in the European Union. The world may or may not be different now. But the one thing which I’m absolutely certain about is that British music will go on continuing to thrive.”

Not many music people in the room seemed to agree – and, indeed, his comments later prompted no less towering a political figure than Stuart Braithwaite of Mogwai to brand him a “fucking moron” on social media.

According to a poll on Music Week’s Twitter on whether a vote to Leave would be good or bad for the UK music industry came back with a resounding 91% saying it would be bad news.

The most obvious area that could be affected is the live business. Any executive who was involved in the sector before Great Britain joined what was then the Common Market in 1973 has horror stories to tell of touring through Europe in the days before freedom of movement.

Back then, touring acts were required to carry a ‘carnet’ – a document listing their every piece of equipment that would be rigorously checked at each border – and visas were required to enter most European territories.

“Happy days,” sighs Rob Hallett, CEO of Robomagic. “Or were they? Anyone who has ever tried to go from the EU into Russia to perform will be having nightmares about six-hour border crossings with additional, expensive days off between shows in order to allow for possible delays.”

Whether that actually became the norm for UK artists would very much depend on the type of deal the UK government struck with the EU after its exit. Some in the live business privately believe it’s highly unlikely that anything would actually change, at least in the short term, but others warn that things could rapidly become very different.

“I think the live industry will be hit hard by the travel restrictions that will inevitably come with an EU exit,” says Hallett, who believes the current visa-free touring schedule will be replaced by the need to apply for a Schengen Visa, a document that allows you to enter most EU nations, that’s currently used by most US and non-European touring acts.

“This will hurt young developing acts the most,” he adds. “The extra paperwork and costs involved will be an obstacle that some simply won’t be able to transverse. For example, they will need to show proof of funds where fees are often cash on the night, or they rely on the T-shirt sales to get them through.

Will promoters in Europe even bother to book UK talent when there are great new acts locally that can be booked without the additional hassle?”