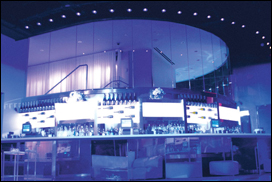 LAS VEGAS (CelebrityAccess MediaWire) — The Las Vegas nightclub scene is in turmoil after a series of high profile raids last week which targeted the offices of Pure Management Group and the Pure Nightclub at Caesars where up to 20 agents descended en masse and confiscated computers.

The wake of the raid, Pure issued the following statement "Pure Management Group is fully cooperating with this IRS investigation and looks forward to a quick and satisfactory resolution. Until that time, we will have no further comment on this matter."

Nightclubs have been a major growth industry in Sin City in recent years with an average of 3-5 major clubs opening a year. Most of these clubs are operated by private firms which rent space in casinos for night clubs rather than being a subsidiary of said casino and according to some estimates, the money generated by these clubs is huge, perhaps to the tune of hundreds of millions of dollars, thus it is no surprise that the IRS would sit up and take notice.

Much of the interest for the IRS in these clubs seems to focus on the soft money. Tips, or more accurately, bribes collected by door staff to admit patrons can be astronomical with some reporting paying upwards of 1,000 to get into a top nightspot. How much, if anything, does the club make on the back end of that deal.

Still, the details of the purposes behind the raid are mere speculation at this point. What is known is that the divine Bette Midler had the after party for her first Caesar's show kiboshed post-raid. Pure management has assured the good citizens of Las Vegas that they are "fully cooperating with the IRS investigation and look forward to a quick and satisfactory resolution." – CelebrityAccess Staff Writers