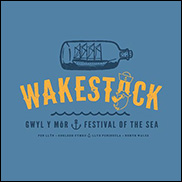 PENRHOS, Wales (CelebrityAccess) — For the second year in a row, one of the most popular music festivals in North Wales will be on a hiatus.

Organizers announced last year that the festival would not take place in 2015, writing in a Facebook post announcing the hiatus that it was a "good time to take a year off and work upon the festival’s development for future years."

In the same post, organizers said they had already started working on the festival's return for 2016, it was not to be.

Promoted by Kilimanjaro Live, the festival, which featured music and a variety of competitive water sports, had a 14-year-run before going its extended hiatus. At the time of publication, the festival's official website is offline. – Staff Writers