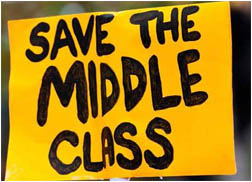 WASHINGTON, D.C. (Hypebot) — “The music industry is a microcosm of what is happening in the U.S. economy at large,” according to Alan Krueger, chairman of the White House Council of Economic Advisers. “We are increasingly becoming a ‘winner-take-all economy,’ a phenomenon that the music industry has long experienced." For example, the top 1% of performing artists earn 56% of all concert revenue, according to White House. And things are getting worse.

Who Or What Is To Blame?

"Over recent decades, technological change, globalization and an erosion of the institutions and practices that support shared prosperity in the U.S. have put the middle class under increasing stress," Krueger said in a recent speech. "The lucky and the talented – and it is often hard to tell the difference – have been doing better and better, while the vast majority has struggled to keep up.”

Krueger also pointed to a study by sociologists Matt Salganik and Duncan Watts which showed that consumers were easily tricked into downloading a mediocre song if they were told that it was popular with others.

“In addition to talent, arbitrary factors can lead to success or failure, like whether another band happens to release a more popular song than your band at the same time,” said Krueger. “The difference between a Sugar Man, a Dylan and a Post Break Tragedy depends a lot more on luck than is commonly acknowledged.”