The seats of Joe Louis Arena in Detroit are finally up for sale starting May 12 and has its own website, https://thejoeseats.com/

U2 kicks off its Experience + Innocence world tour tomorrow night in Tulsa, and stage designer Willie Williams broke down what to expect in a 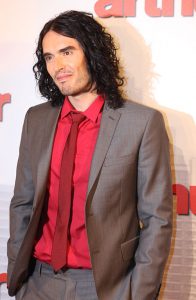 Russell Brand has canceled all of his upcoming tour dates and for good reason: His mother was in a car accident and has several life-threatening injuries.

Michael Stipe will return to Moogfest this year to debut his new multimedia installation, Thibault Dance, the second in a series of audio-visual pieces created exclusively for the festival, which takes place in Durham, N.C. May 17-20.

Ryman Hospitality Properties’ 1Q numbers reports a total RevPAR increase of 4.3 percent compared with the first quarter of 2017 and a net income decrease from $32.6 million to $27.3 million in first quarter 2018.