WASHINGTON (CelebrityAccess) — Amid the ongoing transformation of the copyright and music licensing landscape, the U.S. Department of Justice has been evaluating the consent decrees that govern music licensing in America with potentially far-reaching impact.

The consent decrees were first instituted in the 1940s after years of anti-competitive behavior such as cartel price fixing by the American Society of Composers, Authors and Publishers (ASCAP) and Broadcast Music Inc. (BMI), the two dominant performance rights organizations in the U.S.

While the consent decrees have been amended and updated numerous times over the years, they have provided a reasonably level playing field for artists, rights-holders and music consumers to fairly license music. Moreover, they provide music consumers with universal access to PRO databases and prevent rights-holders from gating some music behind unusually high fees.

However, the consent decrees and their related rate-setting mechanisms are not universally popular, and the songwriting-publishing industry has increasingly advocated for reform or even an end to the consent decrees. That’s why it should not be a surprise that the BMI and ASCAP released an open letter calling for ‘free market’ solutions and for the sunsetting of the consent decree system.

A rep from ASCAP noted to CelebrityAccess that the PROs provide universal access to their databases to both rights holders and the public, with tools that are far in excess of what is required. The rep also noted that regardless of the Justice Department’s decision on the consent decrees, the PROs will continue to provide that important service.

The full text of the open letter:

With the U.S. Department of Justice (DOJ) evaluating the future of the BMI and ASCAP consent decrees, there has been much discussion and concern throughout the industry about the potential long-term impact. This is not surprising, since modifying or sunsetting the decrees would have far-reaching implications for the entire music business. Given that BMI and ASCAP are at the core of this issue, we feel it is important to share our perspective on how potential changes to our decrees could benefit all involved – if done right.

The DOJ’s attention to this matter represents a clear opportunity to do what BMI and ASCAP have been trying to do for years – modernize music licensing to better reflect the transformative changes in the industry. It’s why when we first heard about the possibility of the DOJ sunsetting the consent decrees, it came as welcome news.

We believe that a free market with less government regulation is hands down the best way for music creators to be rewarded for their hard work and intellectual property. A free market would create a more productive, efficient and level playing field for everyone involved. Competition is a good thing.

We also know that change is hard. The BMI and ASCAP consent decrees have been in place for nearly 80 years, and suddenly getting rid of them would provoke drastic changes to the current system that would cause chaos in the marketplace. We’d venture to say all sides agree on this.

So, in order to provide an orderly transition, we’re recommending the DOJ replace the current BMI and ASCAP consent decrees with newly formed decrees that would protect all parties. Like all modern consent decrees, they would also include a sunset provision. Those new decrees would contain four key provisions:

First, allow all music users to still gain automatic access to the BMI and ASCAP repertoires with the immediate right to public performance. However, this right should be contingent upon a fairer, more efficient, less costly and automatic mechanism for the payment of interim fees.

Third, BMI and ASCAP will continue to receive non-exclusive U.S. rights from our writers and publishers, which allows licensees, songwriters, composers, and publishers to still do direct deals if they so choose.

Fourth, preserve the current forms of licenses that the industry has grown accustomed to beyond the traditional blanket license, such as the adjustable fee blanket license and the per-program license.

These provisions will allow the industry to function more efficiently and effectively, and facilitate a thoughtful transition to a free market.

But a word of caution. As we’ve seen over the years, some organizations will try to use this moment and BMI’s and ASCAP’s consent decrees to serve their own interests at the expense of the songwriter. Old and new issues could come into play, such as 100% licensing, or, even more concerning, a push in Congress by music users to create a compulsory licensing model. Compulsory licensing would take us backwards, not forward, creating a system in which the government – not the market – would determine the value of songwriters’ work. It could also have dire consequences for other creative industries.

In fact, we see no scenario in which more government regulation of this industry would benefit anyone.

It’s important to remind everyone that protections exist today, in the form of antitrust laws, that would continue to exist in a post-decree world and govern current parties as well as any future market entrants. We don’t need to create or rewrite legislation to accomplish what antitrust laws already effectively oversee. PROs and licensees all have the same goal of keeping music flowing to the public.

Ultimately, a vibrant PRO system is important to maintain the balance of the industry. With more music being used than ever before, it is critical to safeguard the value of the performing right and grow the income stream it generates for creators. BMI and ASCAP operate on a non-profit-making basis, returning nearly 90 cents of every dollar in licensing fees to our songwriters, composers and music publishers, and we do this in the most efficient and effective way possible. Simply put, BMI and ASCAP offer an essential layer of protection for creators, from helping them through the early stages of their careers, to tracking and paying on performances across all mediums, and advocating for their rights on Capitol Hill. All of this helps keep the music flowing and enables licensees to play the world’s best music today, as well as the hits that will be created in the future.

We don’t have to look far back to see just how much we can accomplish when the industry comes together and puts music first. The MMA was signed into law because creators and licensees found common ground and solutions that supported the greater good of the industry. That greater good is reflected in the four provisions we are recommending to the DOJ that don’t necessarily benefit BMI and ASCAP, but stand to benefit the industry at large. It is that same spirit of compromise which will allow both our licensees and the music creators we represent to thrive in this new era. 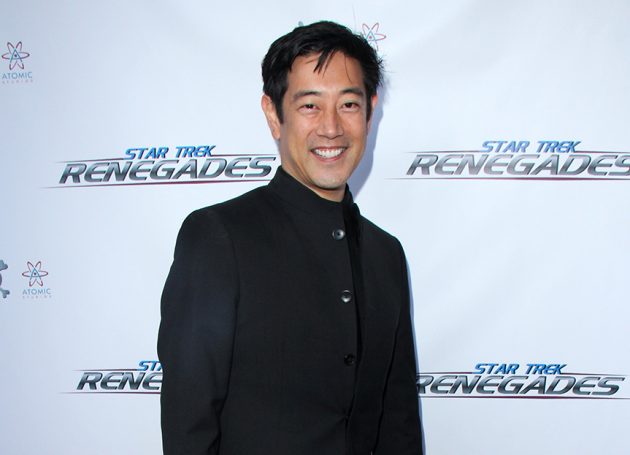