The fine was imposed by the EU’s Competition Commission, which claimed Google was using its market dominance to impose restrictive clauses on third party websites which forced them to use Google’s ad network.

“Today the Commission has fined Google €1.49 billion for illegal misuse of its dominant position in the market for the brokering of online search adverts. Google has cemented its dominance in online search adverts and shielded itself from competitive pressure by imposing anti-competitive contractual restrictions on third-party websites. This is illegal under EU antitrust rules. The misconduct lasted over 10 years and denied other companies the possibility to compete on the merits and to innovate – and consumers the benefits of competition,” said Commissioner Margrethe Vestager, who oversees competition policy for the Commission.

The Commission took exception to Google’s habit of bundling the use of its search bar to serve “search advertisements” to customers along with actual results.

The EU Commission pointed to Google’s dominance in the online search an advertising market as an area of concern, noting that between 2006 to 2016, Google maintained a market share above 70%. By 2016, Google also held market shares generally above 90% in the national markets for general search and above 75% in most of the national markets for online search advertising, where it is present with its flagship product, the Google search engine, which provides search results to consumers.

Google’s dominance in the market place makes it impossible for competitors such as Microsoft and Yahoo to sell advertising space in Google’s own search engine results pages and were effectively blocked from third party websites due to Google’s bundling.

According to the Competition Commission, Google was increasingly aggressive about its marketing. In 2006, Google began to include exclusivity clauses in its contracts, which blocked publishers from placing search advertisements for competitors on search results pages.

In 2009, Google began to transition away from the exclusivity clauses towards “Premium Placement” clauses, which required publishers to reserve the most profitable space on their search results pages for Google’s adverts and request a minimum number of Google adverts. The clause effectively blocked Google’s competition from placing their own search advertisements in accessible spaces.

In 2009, Google also began to require publishers to seek written permission from Google before altering the way in which ads from Google’s competitors were displayed.

The fine is the latest of three major sanctions by the European Commission against Google. Last year, the Competition Commission fined Google a record €4.34 billion over anti-competitive behavior around its Android mobile platform. In 2017, the Commission hit Google with a €2.4 billion fine for favoring its own shopping services over services of Google’s competitors. Google has pending appeals for both fines.

In a statement, Google’s SVP of global affairs, Kent Walker, said: “For nearly a decade, we’ve been in discussions with the European Commission about the way some of our products work. Throughout this process, we’ve always agreed on one thing – that healthy, thriving markets are in everyone’s interest.

“A key characteristic of open and competitive markets – and of Google’s products – is constant change. Every year, we make thousands of changes to our products, spurred by feedback from our partners and our users. Over the last few years, we’ve also made changes – to Google Shopping; to our mobile apps licenses; and to AdSense for Search – in direct response to formal concerns raised by the European Commission. “ 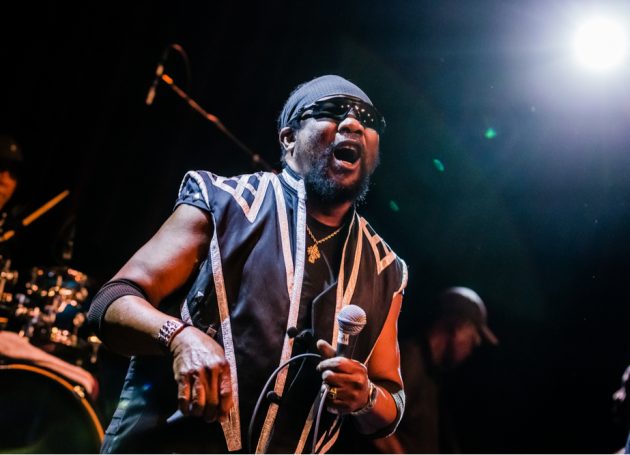 Frederick ‘Toots’ Hibbert Co-Founder Of The Maytals, Dead At 77