NEW JERSEY (CelebrityAccess) – MTV will bring the 2019 “VMAs” to the Garden State for the first time ever this upcoming August.

The annual event, which is being held at New Jersey’s Prudential Center, will be a celebration of the year’s most iconic videos. Additionally, the show will feature a host of electrifying performances and a first-of-its-kind immersive fan experience that revolves around the newly unveiled MTV VMA Stan Cam, which lets fans take control of their VMA viewing experience. By using a series of short-form streams on Twitter, MTV will ask fans to decide which stars they’d like to watch, follow backstage, go behind-the-scenes and poll on a live reaction cam during the show’s biggest moments.

“New Jersey has an incredible music heritage and is home to some of the world’s biggest artists including ‘Chairman of the Board’ Frank Sinatra, ‘The Boss’ Bruce Springsteen, Queen Latifah, Bon Jovi, Whitney Houston, the Jonas Brothers, the Fugees, and Halsey. The list is wide and endless,” said Bruce Gillmer, “MTV VMAs” executive producer, global head of music and talent, Viacom and co-brand head, MTV International. “Now the moonperson plants its flag to celebrate all that New Jersey has given to music fans around the globe.”

“We are incredibly proud to host one of the music industry’s most celebrated and adored awards shows, the VMAs, at Prudential Center, the home of sports and entertainment in New Jersey and one of the world’s most popular touring locations,” added Sean Saadeh, EVP of Entertainment at Prudential Center. “The star power of the performers and attendees we expect at this year’s VMAs mirrors the incredible talent that graces our stage at the more than 175 events that play Prudential Center annually. This is a tremendous opportunity to celebrate the musical heritage of New Jersey and the Tri-State Region.” 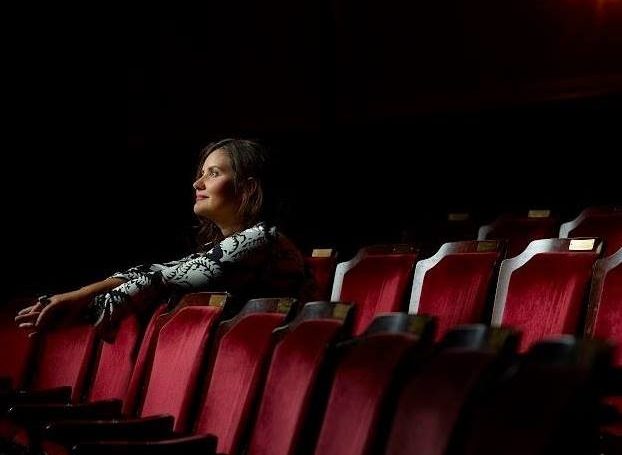