He made a business deal. Big Machine sold rights it held to Scooter, who had the money to pay for them. Done. Fair deal.

On the other side, you have Taylor Swift, who made a bad deal. Based on emotion, she left Big Machine for Universal, delivered a stiff record, is now trying to resuscitate it and someone must pay.

Meanwhile, Scooter observes the number one rule of social media, don’t respond, but then Swift’s activated fan base descends upon him to the point of threatening the lives of him and his family.

Welcome to 2019, where everybody feels as powerful as everybody else, where power is wielded by entertainers with social media followers as opposed to the rich. Where a President lies outright and is caught with his hand in the cookie jar, but not only does nearly half of America not care, there’s an entire news organization, never mind internet sites and social media, based on spreading untruths on his behalf and saying it’s no big deal. And you wonder why Taylor Swift is wielding her sword?

Let’s go back to Bill Clinton. If the President lies under oath, why should I tell the truth? Seems like in the past thirty years, no one is. Everything is up for grabs. Even life and death.

Tom Petty’s record company was sold and Petty insisted on concessions. Then again, Petty was poor, and was signed to a lousy deal with Shelter which was sold to ABC which was sold to MCA, the worst label in the business at the time. Petty declared bankruptcy and got a label, Backstreet, and an individual to run said label. Where in this process did Taylor Swift get screwed?

Taylor signed with Big Machine, which made her an international superstar. Big Machine owned the albums, which is standard industry practice. And then Big Machine sold its assets to Scooter. Nothing illegal here. As for morality…Swift knew Big Machine was up for sale, she didn’t insist the sale not be to Scooter, and was pissed after the fact.

But Swift can’t live with this. Because she’s supposed to be Teflon, she’s a pin-cushion of hurt. She’s stunned when the media turns on her. When other stars/celebrities turn on her. Not going to school, she does not know how to navigate the ups and downs, she feels like she should be protected, like all those kids who go to private school and have their parents complain to the administration that they’re being bullied. Do they call their parents when they get into a fight with a boy or girlfriend? Unfortunately, yes!

I mean come on, I don’t want to talk like a Republican here, but can someone take personal responsibility? I’m a big believer in tort actions, irrelevant of whether some of the attorneys are sleazy, but we don’t live in a strict liability world, where someone must pay for every loss. That’s life, sometimes you win and sometimes you lose. The game is to pick yourself up, dust yourself off, and play again.

As far as Scooter being the devil… If only Taylor Swift worked with some of the true criminals in this business. Scooter’s not perfect, but he does have a reputation for being artist-friendly. He didn’t buy the assets to screw Swift, they’re too expensive. He needs her cooperation. He can work without it, but it’s much better to align interests.

Furthermore, Swift wants to be immune to the career arc, where you’re hot and then you’re not, especially in today’s scattered, cacophonous internet world where you can release something great and it can still not flourish in the marketplace. You can play the game and lose. Then again, she’s got those royalties from all those old records. And she can go on the road based on that music.

But Swift screwed her fans with dynamic ticketing, never mind the shenanigans you had to pay for/waste time on getting the right to buy tickets. Do you think there’s not a hangover from that?

Swift misplayed her hand here, getting bad advice all the while, if she even listened to anybody. Any attorney will tell you she had the right to perform her old hits on the AMAs, hell, Scooter even admits that. As for synching with a Netflix show…she’s got no right to that, that’s a negotiation, how much does Big Machine want to receive in payment? They call it the music business, not music charity. Pay up, and Netflix can use ’em. Why should Swift get to use them for free, no one else does.

Karma is a bitch.

Taylor Swift refused to play nice with the industry. And when called on it, she developed a friend squad, which quickly abandoned her, then she enlisted celebrities to sing with her, who have been quiet, then she aligned with the LGBTQ community, which has not risen up in support for her…

But she does have her army of fans.

In a world where the average punter is uninformed or ill-informed and shoots up a pizza parlor, believing Hillary Clinton was running a child sex ring there.

So what are the odds that Swift’s fans are aware of contract law, and what rights Big Machine does and does not have.

So Swift cries and says she’s gonna rerecord her music. Go ahead, hasn’t worked for anybody other than ancient artists doing this for synch purposes. She’s throwing a tantrum.

So now it’s come to this. Death threats. Will anybody really do it? Who knows? Ten per cent of the public is certifiably insane, and you don’t know which ten per cent it is! And kids do shoot up schools and there is gunfire and death at concerts and…

We have to be scanned at every public event, if not actually frisked, and they’ve got active shooter drills at schools.

Is this the society we want?

This is the society we’ve got.

Charlie Minor was shot to death. You don’t have to be on the front page to lose your life.

Meanwhile, Swift stays silent, to this moment, not calling off her dogs.

And Scooter’s impassioned plea looks completely reasonable, with a muted twist imploring Swift to start a dialogue and call off her troops. And what does Swift do? Remain silent!

This is her moment to be the bigger person. To go on national TV, Facebook Live, YouTube, harvesting all of today’s media and say of course she didn’t want this consequence, of course she’ll sit down with Scooter, of course she wants to resolve these issues, and she’s thrilled that Scooter wants to too.

Then she rehabilitates her image a bit. And can maybe salvage her career in the eyes of everybody but the Swifties.

You can have power, but you don’t have to use it.

She’s brought Scooter to the table, but you can read in his screed that he ain’t coughing up everything.

But he’ll cough up something. A victory for moral rights.

But if only we lived in a country of morality. 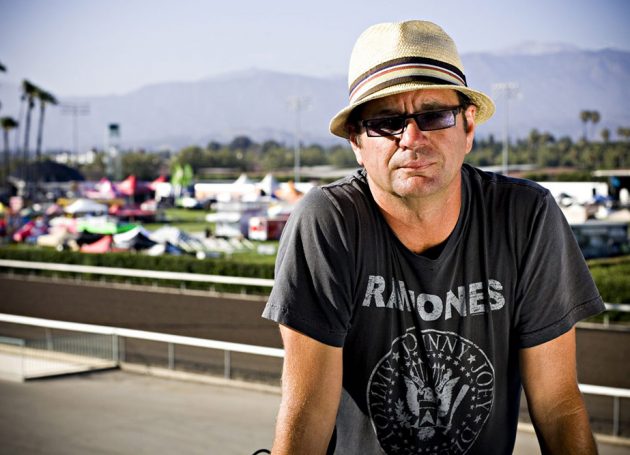