By: Sydney Eason, Head of Entertainment Marketing and COO at CAD Management

Livestream concerts have exploded in the age of COVID-19, but as people get tired of one-way acoustic guitar performances in living rooms, more and more musicians and their fans are finding ways to attend live music concerts and festivals within their favorite video games. It is clear, that with the success of Travis Scott’s high-profile “Astronomical” Livestream on Fortnite in April, which brought in 27 million viewers and helped catapult Scott’s single “The Scotts” to a number one Billboard debut, that the live and recorded music business is bullish on the future of gaming and music. To talk about that future, Fast FWD enlisted an incredible panel of executives which included: William Morris, CEO of Hit Command (a Red Light Management Company); Toa Dunn, Head of Riot Music Group (Riot Games); and Stephanie Winkler, Marketing Manager at HyperX.

The Growth Of The Video Gaming Market Will Continue To Expand, Accelerated By Quarantine Culture:

Research from Global data anticipated that annual video game revenue was going to climb from $131 billion in 2018 to over $300 billion in 2025 with the trajectory being much larger now that we’ve had a shock to the system in terms of people being quarantined. This quarantine culture has been pretty positive for public companies in the video game sector as well, with most gaming companies doing double-digit growth numbers in regards to their stock valuations since March. For instance, Activision Blizzard (NASDAQ: ATVI), Electronic Arts (NASDAQ: EA), and Take-Two Interactive (NASDAQ: TTWO), along with Japan’s Nintendo (OTCMKTS: NTDOY) saw some of their most profitable quarters during the pandemic. It is no wonder why the panel was quite bullish on the continued growth and prosperity of the global gaming industry.

“HyperX has seen hockey stick growth as a result of the pandemic and quarantine. As terrible as the pandemic’s effect on the world has been, it has brought a lot more gamers into the scene. Maybe people who have never thought to log in to Twitch or who’ve never thought to give League of Legends a chance are testing these platforms and games out. Overall, gaming is becoming a lot more accessible,” says Stephanie Winkler, Marketing Manager at HyperX. “People are going to continue to invest in their gaming equipment and dive deeper into the gaming culture. This pandemic just accelerated the growth we were already seeing to new heights.”

Toa Dunn, Head of Riot Music Group (Riot Games) noted that the growth of video games can be accredited partly to the extra time consumers have on their hands. “When you look at the current state of the world, everyone is at home so there are a lot of things you just can’t do. It forced us to find other ways, especially from a digital lens, to have fun or socialize. Video games fit in that space well for people being at home just saying hey what else can I do,” says Dunn. “For a lot of people who loved playing video games but never had the time to due to other obligations or responsibilities, maybe some of those things have been lifted so they have more time to play and experiment.”

Despite a Recession, The Gaming Industry Remains Resilient Of COVID-19’s Long Term Economic Effects Making It A Perfect Solution To Help Offset The Losses Seen In The Global Touring Industry:

The concert industry could lose almost $9 billion if COVID-19 quarantines do not lift by the end of the year, according to a study just published by the trade publication Pollstar. Despite massive losses in global touring, the group of panelists seemed optimistic that gaming could help close the gap between what the industry will lose from traditional touring and what it could gain from a hybrid model that incorporates virtual performances within video games.

“Given the variables of the harsh climate we are living in, it’s making this industry, especially on the music side reevaluate their business model. For the foreseeable future, coming together as a community and putting on live shows is at a halt,” says William Morris, CEO of Hit Command, a Red Light Management Company. “I think this is opening up a new lens for agents and managers to look at the digital landscape in a very new and innovative way. Looking at platforms like TikTok for music discovery to platforms like Twitch to amplify DJ sets is going to be a part of the future of how we talk to fans even when COVID-19 has passed. I think this pandemic is also opening up paths for artists to critically look at how they can do more in spaces like sync and licensing in untraditional ways. Artists, managers, labels, gaming companies, and brands are now more than ever open to reimagining business models and experimenting in the way they talk and engage with their consumers.”

Proper Gaming Partnerships Can Make Significant Impact On Turning A Record Into A Global Hit:

How important is gaming to the broader music industry? Well, just this week Toa Dunn and his team at Riot Games joined forces with Spotify, signing an exclusive deal to become the official audio streaming partner for the game’s Esports global events. This partnership was right in line with what Dunn shared during this panel.

“For us, we have a full in house music production team that is focused on basically creating this world anthem for League of Legends every year which is kind of the pinnacle song that really pulls in the feeling of competition and what it’s like to hopefully become a champion. We’ve also gone into this creative space of developing what the world probably sees as virtual artists. Taking characters from our game and reimagining them in a different and fun way,” says Toa Dunn, Head of Riot Music Group (Riot Games). “Whether it is reimaging them as a pop or Kpop group or metal band, we’ll collaborate with songwriters, artists, as well as producers to create a bespoke record. Then we’ll have a live performance at our world champion event in front of millions if not over a hundred million people and from there are sync opportunities, live performances, – there’s kinda a whole gamut of opportunity and again this is specifically for League of Legends and our eSports activations. In terms of advice to labels, managers, and artists – understand what music means to a game and for that audience and then from there you should be able to dig out the opportunity music within a specific game.”

According to a new report from Market Data Forecast, the gaming industry will generate north of $77.7B by the end of 2020, up 13.3% year over year. What is driving this massive amount of revenue? In-app purchases. Supported by new data from Sensor Tower, consumers spent $50.1 billion worldwide across the App Store and Google Play — a figure that’s up 23.4% from the first half of 2019. This growth of app purchases and in-app monetization is a major reason the panel felt optimistic about the growth opportunities within video gaming and the role it could play in monetizing fans in a time where concerts continue to remain halted due to COVID-19.

“There is a ton of opportunity for artists, brands, and games to come together to monetize in-app,” says William Morris, CEO of Hit Command. “From virtual merch to exclusive access to limited records, gaming can be an entirely new gateway to provide value to fans. Here at Hit Command, one of the early case studies we saw this hold true was with our artist DJ Nitti Gritti where we released a new track live on Twitch and saw incredible engagement in terms of total streams and downloads on the record.” 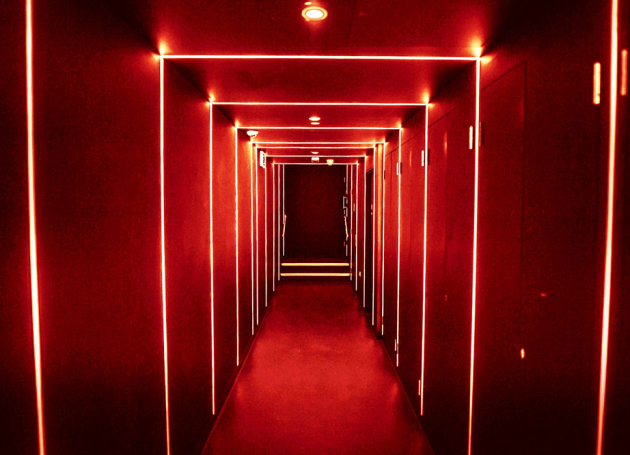