(Hypebot) — Guest post by Hugh McIntyre of the TuneCore Blog

[Editors Note: This article is part two of the series, “The Do’s and Dont’s of Building an EPK by Hugh McIntyre. Be sure to read part one here.]

When you’re creating your EPK (electronic press kit, for those not familiar with the acronym), or any promotional materials, for that matter, there are a lot of articles and lists detailing what needs to be included and what must be done right (including one by this writer). What I personally haven’t seen enough of is mentions of what not to do, what to avoid, and what should be left out entirely.

Below is a list of a handful of don’ts for your EPK, ones which I have seen and experienced throughout my near-decade working with press agents and managers and writing about musicians. Feel free to pick and choose what you will, but know that if you ignore any of the items shared underneath this sentence, you may be annoying or frustrating someone you really want to be in business with at some point.

More and more throughout the past several years, I’ve seen a lot of artists, both new and somewhat established, focusing solely on highlighting how popular they are on social media. Listen, I understand why this is important, and I get the urge to make sure someone in a position of power sees a musician’s reach, but it has to be about more than just followers, views, and likes.

These days, you’re really missing out and hurting your career if you aren’t present on social media and if you don’t invest time and effort into doing well on platforms like Instagram, Twitter and Facebook, but that’s not what many journalists, booking people, and radio programmers are interested in first and foremost.

Feel free to include links in your EPK to anywhere on the internet where you have a presence, and don’t shy away from providing up-to-date follower counts or to include some tidbits about social success in your bio, but please don’t make it the focus of your entire package. If you do, it suggests that your art isn’t top-of-mind, and if someone digging into your EPK is able to recite these figures before they’ve learned about your successes as a musician and who you are deep down, you’ve done this wrong.

Insist On One Photo

This is a problem I run into constantly, and I fear it will never stop being an issue. Oftentimes when I look through an EPK, search a band’s website (or look at their page on their PR’s site) or open a press release email, there is only one photo made available to the media, and I can assume the same goes for others in the industry.

Many publicists and marketers will explain that only using one picture when promoting an album or throughout an entire era helps with branding and continuity, and while I understand that fact, it doesn’t always work out for those who need snaps of your band.

Sometimes that photo is the wrong orientation (vertical versus horizontal), it’s not hi-res enough, it is overused by other outlets or platforms, or it simply doesn’t seem to fit a certain purpose. That means the writer, programmer, influencer, booker, or manager who requested the image in the first place now needs to ask for another, and then things can become complicated. It’s best to simply avoid this confusion and frustration in the first place by supplying several options at once, allowing the person you’re working with to choose what works for them and which one they like best.

This shouldn’t be much of an issue when it comes to EPKs, but believe it or not, I have searched through them before trying to actually find music when learning about an artist. I have run into a few artists who try to redirect those interested in them and their work to streaming platforms or YouTube to hear their tunes in an effort to raise their numbers even further. I understand that musicians are only paid when someone consumes their work on those sites, but making someone exit out of your website/press release/EPK to try to find your music is always a bad idea. Any time you insist on someone taking an extra step to help you out in some way, you’re likely going to lose them…and whatever opportunity they’re connected to.

Everyone hypes themselves up when talking about their past jobs, successes, and experience, especially when they’re trying to get a job or convince someone to select them for some kind of opportunity that will benefit them…but there’s an art to it, and you need to know when you’ve gone too far. It’s perfectly fine to include praise you’ve received from the press or well-known figures, or to claim that a performance you gave wowed a crowd, was a highlight of a festival or so on. These are only slightly braggadocious, and it’s unlikely anybody will mind.

What is annoying is when a brand new musician calls themselves a pop star, when a rapper suggests their new single a chart-topper, or whenever anybody calls themselves the best, biggest or greatest. These are titles that nobody should claim on their own, but rather that should be bestowed by an outside force, and even if you reach that point, you probably won’t need to worry about using those honorifics.

Hopefully this is clear: an EPK is for “selling” you and your work, not for actually selling anything. It doesn’t exist for you to try to get someone reading to buy your CD, or to head to your website to pick up a t-shirt or any other piece of merch. If someone checking out the package decides they want such a thing, that’s up to them, but don’t waste the time of a blogger, playlister or anyone else who works in the music field by trying to get them to hand over $20. You’ll lose them and there’s only a very, very small chance you’ll make a sale in the first place.

Music APIs Are Exactly What The Industry Needs – Here’s Why 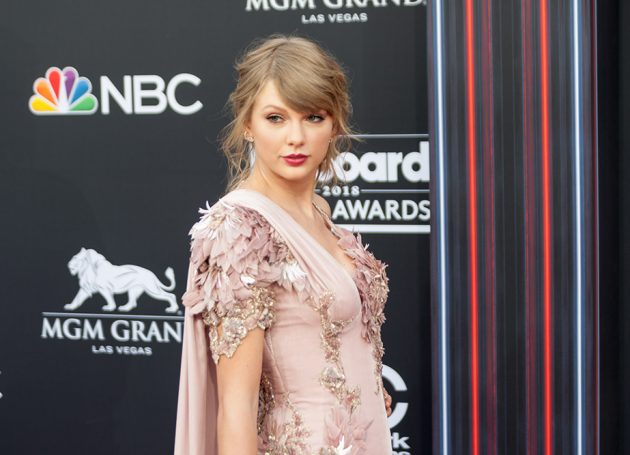