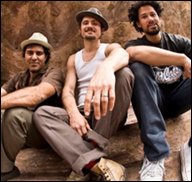 OTTAWA (CelebrityAccess MediaWire) — Once again, the Cisco Ottawa Bluesfest saw thousands of fans make their way down to LeBreton Flats Park for twelve days of music and comedy.

Over the course of 17 years, the Cisco Ottawa Bluesfest has grown to become a landmark event of the Ottawa summer and one of the top-ten outdoor music festivals in the world, according to Billboard Magazine.

The massive outdoor event has deep roots in the community and is staged with the help of thousands of community volunteers. In 2010 4,000 volunteers worked 26,000 shifts and contributed over 100,000 hours according to the press release. Within three days of the line-up announcement all volunteer shifts were filled and registration was maxed out.

The ongoing love affair between the ‘fest and its fans continued in 2010. Newcomers to the event such as the John Butler Trio, Caravan Palace, and Dana Fuchs and a rare appearance in Ottawa by the Flaming Lips and Santana, drew the largest crowds ever seen at the event.

Mark Monahan, the festival’s executive and artistic director. commented that it was great to have another successful event in the books, and after a week or two off, Monahan and his team are ready to roll up their sleeves and start planning for 2011, according to the press release. –by CelebrityAccess Staff Writers