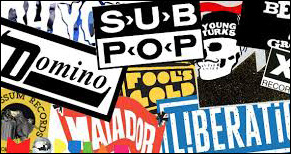 (Hypebot) – While it may be a commonly held belief that a choice few major labels dominate the music industry, new data reveals that this simply isn't the case, with indie labels having generated over $6 billion in the past year, and making up roughly 38% of overall music business.

If you thought that there are only three major labels working in the music industry today, then you’re wrong. A new study has found that indie labels generated more than $6 billion last year, which is good enough for 38% of the market, making them essentially a fourth major label.

The study came from Worldwide Independent Network (WIN) and was compiled by Mark Mulligan of MIDiA Research using data from 660 respondents from labels and distributors across 26 countries.

What makes this study different from the figures generated by music industry associations like the RIAA and IFPI is that the numbers are based on ownership of the copyrights and not distribution. In other words, the major labels claim revenue that comes from distributing an indie title even though they don’t own the title and had nothing to do with its creation. WIN claims that amounts to about $1.2 billion of revenue.

The best part is that the indie market share appears to be growing, and much of that growth comes from the United States, which grew by almost 2% last year. The report also found that in almost every country, the majority of indie label revenue now comes from streaming instead of physical formats. Last year independent label streaming revenues grew by 80% to $2.1 billion (up from $1.2 billion the previous year).

At one point in time signing with an indie label meant that you couldn’t get a major label deal and that you’d be relegated to the back bins of mom & pop record stores. Today it matters much less than ever before which label you sign with, because many can get the job done just as well, at least on most levels.

One of the things that major labels do have over indie labels is the infrastructure to take a star to international superstar level, but even that’s changing, thanks to the availability of label service deals from the majors. It’s an exciting time to be an indie label or artist.