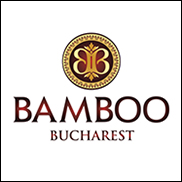 BUCHAREST, Romania (CelebrityAccess) — 44 people were hospitalized after a fire tore through a popular Bucharest nightclub.

According to the Associated Press, the fire erupted in the early morning hours on Jan. 1st, at Bamboo Nightclub, which burned to the ground in the conflagration.

A witness told private television station Digi24 that the fire started where people were smoking upstairs and the roof caught fire, however the cause of the fire is still under investigation.

Most of those injured in the fire suffered from smoke inhalation, while other people were hurt in the press to escape from the blaze, the AP said.

Bamboo operates several popular nightclubs in Romania, as well as a club in Miami. Bucharest was the scene of a deadly nightclub fire in 2015 that left 64 people dead, the worst nightclub fire in the country's history. – Staff Writers