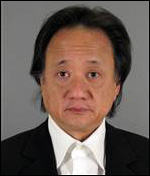 NEW YORK (CelebrityAccess MediaWire) — Former Woodstock founder and investment fund manager Joel Rosenman is missing $40 million dollars. Rosenman, who helped organize the original Woodstock music festival in upstate New York and the then again in '94 has been reportedly swindled out of 40 million dollars by an alleged con man named Norman Hsu (pronounced Shoo) who moonlighted as a democratic fundraiser.

According to the Wall Street Journal, Rosenman, who manages an investment fund called Source Financing Investors, invested 40 million dollars in a Chinese company, Components Ltd, that Hsu claimed would manufacture high end goods for designers such as Gucci and Prada and yield the fund a 40 percent return on their investment.

Components Ltd, turned out to be a paper tiger however as Rosenman discovered when checks from the firm began to bounce. Rosenman is now seeking to recover the investment.

Hsu has led a seemingly unusual existence for the past 15 years. After being convicted of fraud in a similar deal in 1991 in which he failed to repay investors in a latex glove scheme, Hsu failed to appear at a subsequent sentencing hearing and was a fugitive for 15 years. During that time, he apparently made a lucrative career, the New York Times reported, out of bundling campaign contributions for Democratic candidates, including a reported $850,000 presidential hopeful, Senator Hillary Clinton.

After the publication of the WSJ article, Hsu turned himself in on August 31st, but went fugitive again when not showing for a bail hearing. He was arrested on Tuesday.

One must wonder if this is a divine signal for Rosenman, who lost his investment in the original Woodstock and invested 40 million dollars in a fictitious company represented by a fugitive, should consider retiring from the fund management game and take up music once again. – CelebrityAccess Staff Writers