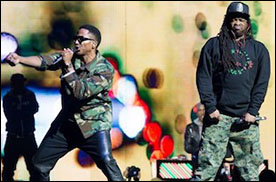 LOS ANGELES (CelebrityAccess) — A Tribe Called Quest has officially re-signed with Creative Arts Agency for worldwide representation in all areas. The group had previously been represented by Cara Lewis.

Tribe, initially a quartet comprised of Q-Tip, Phife Dawg, Ali Shaheed Muhammad and Jarobi White, originally broke up after the 1998 release of their Grammy-nominated fifth album, The Love Movement, citing issues with their label at the time.

The group reunited occasionally over the years, most recently in 2013 as an opening act on Kanye West`s Yeezus Tour, but never recorded new music, and hopes for a final Tribe album seemed to fade after Phife`s untimely death due to complications from diabetes on March 22.

Tribe is being managed by Michael Ostin at Neek Monet LLC, with legal representation from Julian Petty at Nixon Peabody LLP. We Got It From Here … Thank You 4 Your Service is expected to be the crew`s final album.