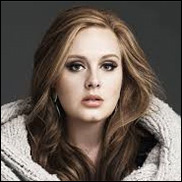 LONDON (CelebrityAccess) — British superstar Adele recently paused her performance at a concert to set the record straight regarding a news story that had been circulating about her pizza habits.

The story, reported by the British newspaper The Sun, claimed that when Adele stayed at the Soho Farmhouse after she performed at the Glastonbury Festival, she sent a staffer on a 140-mile round trip to pick up a pizza from her favorite shop in London.

Worse still, the Sun reported that she never ate said pizza, with a maid finding it in her room the next day, still in the box.

The unnamed source told the Sun: "Soho Farmhouse staff members are trained to say yes to anything. Adele made the most of that."

Well, it's just not true, according to Adele. During a recent concert, she addressed the story, noting that "First of all, I would never make anyone do that, that's ridiculous, and I would never order pizza and eat it cold."