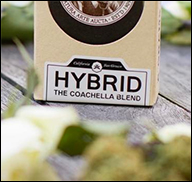 LOS ANGELES (CelebrityAccess) — In another move intended to protect their brand, AEG Presents, the parent company behind Coachella promoter Goldenvoice, sent a cease and desist letter to a California cannabis grower over alleged trademark infringement.

According to IQ Magazine, Lowell Farms, who produce a line of pre-rolled cannabis cigarettes, attracted AEG's ire by marketing a brand of joints called 'Hybrid: The Coachella Blend.' The product would have only been available during the festival, and sold exclusively through a cannabis dispensary in Palm Springs, about 20 miles from the festival site.

The letter, posted by Lowell on its Instagram account, calls for Lowell to pull the promotion and remove all references to Coachella from its marketing or face immediate legal action.

Following the letter, Lowell agreed to mend their ways, and has renamed the product to NotChilla after posting an image of the cease & desist notice to their social media.

“AEG has demanded Lowell Farms remove any posts tagged #Coachella and to cease using the tag,” a statement from the company to the Los Angeles Times said. “Lowell Farms has no desire to get into a prolonged legal battle with such an established and well-funded company, however they are working to find a creative solution to deliver this special blend to festival goers.”

While AEG has been vigorous in defending their brand, it is interesting to note that they did not originate the word Coachella. The word has been in use since at least 1901 when the citizens of Woodspur, California voted to change the name of their community to Coachella. Since then, the region has been known as the Coachella Valley.

Despite the legalization of marijuana for personal use in California, Coachella is keeping it's 'no weed' policy for 2017.