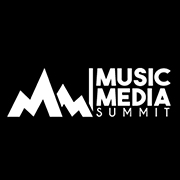 "You Can Close Your Eyes"
James Taylor

Those playing the home game will remember my buddy Jim Lewi implored me to do the conference, after I was interviewed at Aspen Live, detailing the ups and downs of my life, being brought up the son of a liquor store owner, enduring Middlebury College and coming to Los Angeles to seek fame and fortune in the music business.

What surprised me was those who attended who were not members of the club, who I did not know previously, who read the newsletter and decided to attend. Illustrating that people will lay down four figures if they're interested, if they care. People do what they want.

But what blew me away was the speakers.

First up was Neil Jacobson, newly appointed head of Geffen Records, who not only told the tale of A&R'ing the three most Shazamed tracks in history, but how he made it from Berklee college dropout to majordomo, with a step selling carpet in between. You see the leaders, the envelope pushers, are not only students of the game, they theorize and execute. Neil is all about multiple exposures, in an attention economy it's nearly impossible to make anyone aware of your track, even if it's good. Neil cuts through the detritus. His goal is to work hard for his artists, they wouldn't think of leaving him.

Next up was Roger McNamee, who you might know as the founder of Elevation Partners, with Bono. Roger's only regret was that when Bono first called he didn't say BONO WHO?

That's Roger, a capricious soul with a sense of humor who might rub some the wrong way with his zealotry but overflows in his loyalty and dedication, if you're on Roger's team he'll go the last mile. In the bar he told us after being sued by the Doobie Brothers he helped them with their digital presence, he keeps helping them with their digital presence, like I said, when you're on Roger's team, you're on it for life.

Roger said the computer business was run by those born from '55-57, like him, born in '56. After business school at Tuck, he took a gig at T. Rowe Price. Covered Silicon Valley. Met all the players in Vegas before they were players. Jumped to Kleiner Perkins and then started Silver Lake Partners, where he got squeezed out after overperforming.

He and Bono wanted to take over the music business and revolutionize it, but they ended up investing in Facebook and blowing up Palm, making a handset that was a year late to market, and then laying the whole thing off on HP. Blowing up as in pouring gasoline on the fire, but Roger admitted mistakes, like a keyboard that was unnecessary and a curved shape that proved irrelevant, but it's all about dusting yourself off from your failures and marching forward again. Roger said it's a cycle of product and then adaptation. Right now the product is the mobile handset, and the adaptation is all the apps. But he believes a new product is in the offing.

And then came Jonathan Prince of Spotify, the day of the announcement of the UMG deal. He punted his flight and we did it via Facetime, which was a mistake, because personal contact is everything, you can see people's faces, you can read the nuances.

The next morning we started off with Eddie Rosenblatt, who helmed Geffen Records through its entire initial incarnation. Hearing his history…we forget the progenitors oftentimes fell into the business, Eddie followed an army buddy to a distributorship in Ohio. And he eventually made it to A&M where he ultimately got canned, every success has a bump in the road, and then on to WB and Geffen. And what stunned me was how I knew all the players, all the history. It might be worthless, but it's in my DNA. Eddie wondered what label Peter Gabriel was on before Geffen… MERCURY! Stuff like that, I, we, know all the labels and the credits. And the stories of John Lennon, Kurt Cobain and Axl Rose… Whew! December 8th, finding out in a hotel room, going to the Dakota to spend the night with Yoko. Meeting Kurt Cobain, who wouldn't look him in the eye. It's Eddie's history, it's our history.

Then came movie producer Chris Moore. I didn't know that the idea for "Manchester By The Sea" was generated by the production team, for Matt Damon, Kenneth Lonergan was hired to write the script, and it took him half a decade. And one woman from St. Louis funded the whole damn thing. And how does a boy from Maryland make it in Hollywood? Well, if you met Chris you'd know how and why, in minutes he's everybody's best friend, he radiates charisma, you're drawn to him, even though he's not afraid to express opinions, rough edges. We discussed film distribution, how the music business was leading in this area, and I could have talked to him for hours more. It was, like Jim said, two days of TED talks.

And our final speaker was Marcie Allen. Who dropped out of college right before her senior year to work in concert marketing and ultimately started a promotion business in her living room. She too is a force of nature, she'd be successful no matter what her chosen path. She's unafraid to cold call, to do what everybody else says is impossible. And she detailed how she now hooks up performers with brands, to pay for special events, like the launch of the Imagine Dragons album, if you've got something special you want to do, she can find the money. As long as it's a win-win. Kinda like flying to the UK to meet with Joyce to interview to be the Stones' sponsorship point person. She came with a firm offer from Citi, which was going to expire quickly, so it couldn't be cross-bid. The Stones said yes, and Citi said yes later, when Mick wanted more cash for an app.

So it was like going to the college I did not attend, where I was interested in the classes and I was on the edge of my seat wanting more.

But just like college, some of the best action occurred outside of the classroom. The hang, getting to know people.

And the highlight was two nights in the hotel bar, singing songs.

Who knew everybody could sing "Black Water," every lick?

And what were the Beatles thinking when they wrote "Back In The U.S.S.R."?

That the music unites us, it got us here.

We use our mobile devices, we fire up our Netflix, but what we've got in common is those tunes. They got inside us and motivated us to follow our path.

We all went to the same school, learned our lessons on the radio, studied at home with our discs, and even though the world is changing we can't let go, we're still listening.

And when we're all together there's a commonality, we're brothers and sisters in arms.

And unlike in the James Taylor song, we had to go home, we couldn't stay.

But I've been reeling ever since.

Which is what happens when you're stimulated, when you have a peak experience.