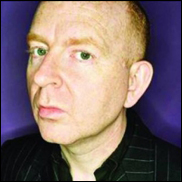 LONDON (VIP-NEWS) — Alan McGee, who signed Oasis, Primal Scream and The Jesus and Mary Chain, has said he is turning his back on the music industry after 25 years.

McGee, who ran Creation Records, quit his last record company two years ago and has said labels have become pointless, "like dinosaurs or trams".

He has managed The Charlatans, Dirty Pretty Things and The Libertines, but is now retiring from managing bands.

He explained: "You get older and you want life a little bit easier."

But he said he would remain interested in new music and would continue to put on events in clubs.

Speaking to BBC 6 Music, McGee said: "I stopped doing the record company about a year or two ago because I think they're pointless things, like dinosaurs or trams or something.

"But I'm still completely into new music and I'm still doing things with new bands, as in my clubs and stuff like that. I'm still gonna be kicking about.

He said he was "a man of the times", comparing himself to late music mogul Tony Wilson.

"We don't really have a place in the music industry any more because we actually like music," he said.

"I think the pre-requisite for being in the music industry is not liking music and playing the corporate game, agreeing with your boss."

Explaining how the retirement rumors started, McGee said: "It was on my Facebook.

"My status said: 'Glad I'm not a manager any more, I really recommend it.' But all I've really done is retired from managing bands after 25 years."

The Creation mastermind signed the Manchester giants Oasis after seeing one of their early gigs in Glasgow.

McGee said he was not emotional about his past achievements.

"I'm not a very nostalgic person," he said. "And I appreciate Creation and some of the other things that I've done, bands that I've managed. I appreciate it all for what it was at the time.

"It's only really Oasis, and the Creation thing, that I can still listen to and really enjoy."

He admitted he felt it was time for him to move on, saying: "You get older and you want life a little bit easier, and to be honest, the fact that you can sing Oasis songs and you know the tunes.

"Maybe that's boring to some people, but that's why I like music, that I can sing the songs."

Asked if he knew whether the bands he signed were always going to make it big, McGee responded: "It was a fluke.

As for Oasis, who have recently proved their continuing success by selling over half a million tickets for their open-air stadium tour in one day, McGee says he could not have written that script.

"It was obvious Oasis were going to become successful," he explained. "That they were going to sell 54 million albums and go out and do a 168 date tour around the world this year?