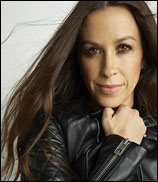 According to the New York Times, the show will premier in May 2018 at the the American Repertory Theater in Cambridge, Mass with Tony-winning director Diane Paulus at the helm.

Paulus told the Times that she viewed "Jagged Little Pill" as one of the "most important albums of the last 30 years."

“It had so much meaning in its time,” Ms. Paulus told the newspaper, describing Morissette as a writer“ with courage and power and vulnerability.”

In addition to the play, the album is getting a book treatment by Diablo Cody, author of books such as "Juno" and “Ricki and the Flash,” the Times added.