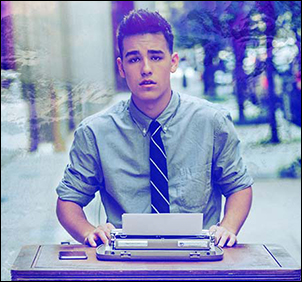 LOS ANGELES (CelebrityAccess) — 18 year old pop singer/songwriter, Jacob Whitesides, whose independent approach has captured the attention of critics and industry tastemakers as well as millions of fans spanning the globe, has announced "The Lovesick Tour." The North American headlining trek will hit twenty-four cities beginning May 18th and coming to an end on July 16th, with stops in New York, Los Angeles, Chicago, and Nashville. Tickets go on sale March 25th and can be purchased at www.jacobwhitesides.com. The first 50 fans in each city to purchase general tickets will also receive a free meet and greet with Jacob. Jacob will also be performing at Nickelodeon's #Buzztracks concert in Los Angeles, CA at Hollywood & Highland Mall on March 19th.

Jacob says, "A year ago, I had never been outside of the US and thanks to my fans around the world, I've been able to go see them, perform my songs for them and keep them first. I am able to do what I'm doing because of our connection and 'The Lovesick Tour' is a chance for me to thank my North American fans for giving me so much love and support along the way."

With anticipation of new music continuing to bubble, Jacob has also revealed details on his first single "Lovesick" – which will be released mid-April – and forthcoming full-length debut album set for release late summer.

"The new album is more personal to me than anything I've ever created," Whitesides adds "I'm growing up as an artist at the same time my fans are growing up, too, and as always, we are keeping it honest. Unlike a lot of artists I know who can get jammed to work with the trendy person of the moment, I'm grateful to walk into the studio with my guitar alongside my awesome Tennessee collaborators to make something high energy and authentic for my fans."

The album is the follow up to the soulful lyricist's chart-topping EP 'A Piece of Me' (#1 on iTunes Singer/Songwriter chart in 2015), which produced the successful hit "Not My Type At All" – a song that became #1 most requested on Radio Disney and received heavy rotation on Sirius XM's "Coffee House" alongside credible artists such as Coldplay, Paul Simon and Ray LaMontagne. Additionally, Jacob enters his debut album campaign having been chosen as MTV's "Artist to Watch," Radio Disney's "Next Big Thing," Pandora's "Artist to Watch," and Spotify's "Artist to Watch" for 2016. To be chosen for all of the above has never happened for an artist, let alone an indie artist, doing it for himself.

Jacob Whitesides has built an artist identity and brand as his own singer/songwriter and thought leader, alongside his ever-growing worldwide fan base. From being his own CEO (Double U Records, partnered with BMG) to creating unique fan interactions, live experiences & contests – Jacob, at 18, is challenging the music business as we know it.

Jacob and his younger sister were raised in humble upbringings by his strong, selfless mother in the smoky mountains outside of Knoxville, Tennessee. After learning guitar at a young age and honing his vocal skills, Jacob started winning over fans with cover videos and, soon after, his original songs. Jacob's undeniable talent, entrepreneurial skills, along with a genuinely devoted dialogue with his zealous fan base (aka Whitesiders), have led him to unprecedented independent success, including writing and recording two chart-topping EPs. Jacob's impressive social media numbers are not solely from one platform, but all of them and they continue to grow organically around the globe (2 million Twitter followers, 1.6 million Facebook likes, 1.3 million Instagram followers, 888K Vine followers, and 366K YouTube subscribers with over 15 million views). His international fan base spans beyond North America to everywhere from the Philippines to Portugal, Scandinavia to South America, UK to Lebanon, Europe to Australasia, and more. Jacob's first ever European tour (Copenhagen, Hamburg, Amsterdam, Cologne, Paris, Antwerp, and London) sold out all dates, with London and Paris declared sold out in only 8 minutes.