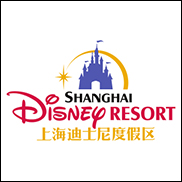 SHANGHAI (CelebrityAccess) — More than 35,000 people turned out in the rain on Thursday for the soft opening of Disney's new $5.5 billion Shanghai Disney Resort, a theme park and hotel complex akin to the company's Florida holdings.

Disney's chief executive Bob Iger was on hand, as well senior Chinese officials, including Wang Yang, one of China’s vice premiers were on hand for the event, which has been heralded as a landmark moment in United States-China relations.

In a letter, China’s president, Xi Jinping, described the new complex, which took more than a decade of negotiation to bring to fruition, an indication of “commitment to cross-cultural cooperation and our innovation mentality in the new era,” the New York Times said.

The resort is the first such park for Disney on mainland China but the second for the populous nation, with Disneyland Resort opening in Hong Kong in 2005. The Hong Kong outlet reported their first loss in four years, losing HK$148,000,000, and falling 9.3% in annual attendance, to 6.8 million visitors. Analysts attribute the loss to a slow Chinese economy and to political unrest leading to fewer Chinese visiting Hong Kong. – Staff Writers