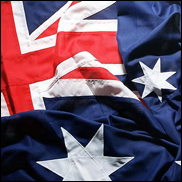 
The headline figure is published in just the second-ever study into the economic "Size and Scope of the Australian Live Performance Industry," presented by trade body Live Performance Australia (LPA) and prepared by EY (formerly Ernst & Young). That earlier study came to an overall revenue figure of Australian $2.084.3 billion.


According to the new study, the bulk of the revenue generated by the industry during the reporting period was spent on people (54%), including performers and non-performing support staff such as technical and venue crew. Overall, the industry employed more than 18,900 full time equivalent positions during the period, up from a tick above 13,800 in 2008.


Total profits and wages generated by the live performance industry came in at more than $1.53 billion, up from $1.115.5 billion in 2008. The LPA notes that the sums generated by the industry is now greater than those of the film, TV and digital games, heritage activities and library services sectors in Australia. Contemporary music accounted for the largest piece of the pie, generating some 34.6% of all revenue.


Almost half of all industry income was reportedly derived from ticket sales (49.6%), with government funding representing around 18% of the industry revenue.


The latest study combines the results of the 2012 LPA "Ticket Attendance and Revenue Survey" with an estimation approach, to calculate the industry’s economic contribution in terms of gross output, “value add” and full time equivalent employment. According to the LPA, the latest survey is “broader in scope” than its earlier survey as it includes data from the key organizations of the Australia Council for the Arts, and regional and metropolitan venues that are members of the Australian Performing Arts Centre Assn. (APACA).


The study reaffirms whatever everyone in Australia’s live biz already knew – the market has muscles.


Paul Dainty, one of the country’s leading promoters, tells Billboard.biz the live market “continues to be buoyant and grow for the major acts.” He notes recent Dainty Group tours featuring the likes of Bon Jovi, Eminem, Lionel Richie and John Farnham, and Michael Buble have enjoyed “record breaking sales.”


Rod Pilbeam, executive director at AEG Ogden, says contemporary music in its concert arenas continues generally to be strong, “apart from the odd one or two that are the exception.” And that touring activity for next summer looks busy. The Brisbane-based exec does issue a warning against complacency. And greed. “We all have to be very careful about letting ticket prices go any higher at the moment. There are more alternative entertainment options for young people than ever and we don’t need to give them even a perceived notion that tickets are not worth the price and challenge of purchasing.” — According to Billboard