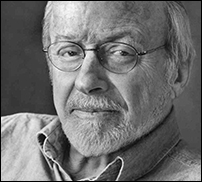 NEW YORK (CelebrityAccess) — E.L. Doctorow, a prolific american author best known for his works of historical fiction, died in Manhattan on July 21st from complications of lung cancer. He was 84.

Doctorow, considered to be one of the most important American novelists of the 20th century, authored twelve novels, three volumes of short fiction and a stage drama over the course of his career. His blibliography includes the civil war saga "The March" (2005) and "Ragtime" (1975.)

A number of Doctorow's works have been adapted for the screen and stage, including "Ragtime" which the musical adaption of won four Tony Awards, and "Billy Bathgate" which became a 1991 film starring Dustin Hoffman.

He married Helen Setzer in 1954, who survives him. In addition to his wife and son, he is survived by two daughters, Jenny Doctorow Fe-Bornstein and Caroline Doctorow Gatewood, and four grandchildren. – Staff Writers