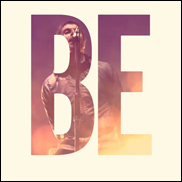 LONDON (CelebrityAccess MediaWire) — Liam Gallagher and his new band Beady Eye, which includes former Oasis members Gem Archer and Andy Bell, have revealed that they have split with their manager Scott Rodger of Quest Management.

According to NME, the parting of ways came as the duration of the band's contract with Rogers came to an end. Rogers also manages Arcade Fire and Björk.

In a statement to NME, Rodger said: "Beady Eye are one of the last great British rock bands. It has been a pleasure to have worked with them on this album campaign. They are in complete control of their future as a band with many exciting new projects on the horizon. We've just about reached the end of the 'BE' album cycle and it's the right time for the band to make a change. Our paths will cross again in the future I'm sure. I wish them continued success in everything they do."

Liam and a number of former Oasis alumni, including guitarists Gem Archer and Andy Bell, and drummer Chris Sharrock formed Beady Eye in 2009 after songwriter and lead guitarist Noel Gallagher's acrimonious split with the band.

Since forming, the group has released two albums Different Gear, Still Speeding and BE, both of which peaked in the top 5 on the UK Album Charts, but have only produced one single to break into the UK Top 40. – Staff Writers