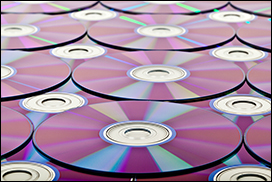 RICHFIELD, Minn (CelebrityAccess) — It’s starting to look like the end of the line for those seeking to purchase music on compact discs at their local brick-and-mortar retailer.

Billboard is reporting that nationwide big-box retailer chain Best Buy has told its music suppliers that it will cease retail CD sales at their stores as of July 1st, 2018.

Sources at Best Buy told Billboard that for now, they intend to continue selling vinyl records and the products will likely be tied into turntable sales.

The news marks a major turnaround for physical product. Big Buy was formerly one of the leading music merchandisers in the U.S. but sources at the company told Billboard that they only make about $40 million a year now from CD Sales.

Other major music retailers also appear to be reevaluating their music strategies going forward. A source with retailer Target told Billboard that the company is seeking to change its deal with music suppliers to what will effectively be a consignment basis for physical inventory.

According to the report in Billboard, Target issued its ultimatum to suppliers late last year and is seeking to implement ‘scanned-based trading’ in which DVD and CD suppliers would be paid when an item is scanned for purchase at a cash register. Target had initially been planning to implement the new policy as of Feb. 1st but the timeline has now been pushed back to the start of May, Billboard reported.

“Entertainment has been and continues to be an important part of Target’s brand,” a Target rep said a statement to Billboard. “We are committed to working closely with our partners to bring the latest movies and music titles, along with exclusive content, to our guests. The changes we’re evaluating to our operating model, which shows a continued investment in our Entertainment business, reflect a broader shift in the industry and consumer behavior.”

While some of the sales fall off at FYE is related to fewer stores, the company still reported year-on comparable store sales declines of 12% when compared against 2016.