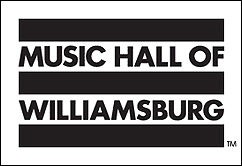 The Music Hall of Williamsburg is The Bowery Presents’ first venue in Brooklyn. The company also has plans to open a larger facility in Manhattan this coming October.

The Bowery Presents has booked and promoted concerts in New York for the past 15 years, at venues including the Mercury Lounge, Bowery Ballroom and Webster Hall. –by CelebrityAccess Staff Writers