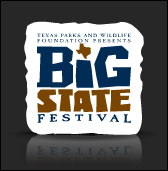 The two-day festival will feature five stages, 50-plus country acts, stock car racing and non-stop barbeques, claiming to be “everything a country music fan could ask for.”

“I don’t know what’s going to be more fun – performing for that many country music fans in my home state or watching all the other great acts I love,” admits newly crowned ACM New Female Vocalist and Texas native Miranda Lambert. “Not to mention I have a big weakness for kickin’ Texas barbecue!”

“Our goal is to deliver an experience that is loaded with music talent,” said Charlie Walker, partner at C3 Presents, the show producer. But we also want to give fans lots to do, see, hear, drink, and eat—at a great price.” Much like C3’s other events—Austin City Limits Music Festival and Lollapalooza—Big State is a destination festival that doesn’t stop at the music, but delivers a complete experience for music fans and families.

BMI, an event sponsor, will host a showcase of up-and-coming BMI artists. In addition to the multiple music stages, fans will be treated to real stock car racing on a 1.8-mile oval and one of the biggest prize purse barbecue showdowns in the nation. All that and more amid lush green grass, plenty of cold beverages and food from local and regional favorites. For those who want to settle in for the weekend, reserved RV camping will be available.

The stock car feature is presented by the Richard Petty Racing Experience. Several times a day, the music will be replaced by rumbling engines on the track, which will further inject adrenaline into the crowd. In addition, fans can get close to the cars in the Pit Petting Zoo.

The Texas Parks and Wildlife Foundation, the event’s beneficiary, will present programs and demos and issue Texas park perks at its on-site expo.