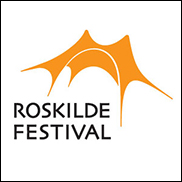 DENMARK (CelebrityAccess) Roskilde Festival has added 17 acts to its already diverse lineup for the June 30 to July 7 festival.

The historic, nonprofit festival announced Eminem as a headliner and today’s announcement includes the addition of Cardi B, St. Vincent, Khalid, Odesza, Nathan Fake, and Preoccupations, among others. The fest already has Bruno Mars listed as a headliner.

“Cardi B captures 2018 better than any other artist with her mix of modern New York and Atlanta and old school 90’s rap,” program director Anders Wahren said. “With her, St. Vincent, Khalid and 14 other artists from four continents we are gearing up for another Roskilde Festival with both established artists and the stars of tomorrow.”

Believe it or not, even though Cardi B has practically been christened the new queen of hip-hop, the rap star has yet to release her first studio album, yet she is the first female rapper in 19 years to top the Billboard Hot 100 chart and the first ever to have three singles in the top 10 at the same time.

Roskilde claims a lineup of 175 acts over the eight days of the festival but has announced only 48 so far, including Gorillaz, David Byrne, Stormzy, First Aid Kit, and Mogwai.