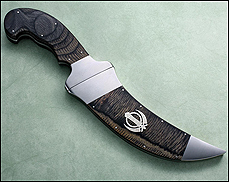 CALGARY, CA (CelebrityAccess MediaWire) — The Calgary Telus Convention Centre pulled the plug on a sold-out concert by Punjabi folk star Gurdas Maan after a number of patrons refused to surrender their ceremonial daggers, known as Kirpan.

Sihk men are required by religious custom to wear their kirpan at all times and several patrons reportedly became restive when venue security would not permit them to attend the concert unless they surrendered the ceremonial weapons.

"With the safety of our patrons foremost in our minds, the difficult decision was made to cancel the event, prior to Gurdas Maan taking the stage. We take very seriously our responsibility to provide all our visitors with a safe and non-threatening environment. Regrettably, some attendees refused to allow us to meet that mandate." Centre spokeswoman Heather Lundy said in a statement.

The concert's promoter Nirmal Dhaliwal has said that he intends to sue the Centre for loss of income due to the cancelled show. Dhaliwal concedes that his contract with the venue includes a clause that prohibits weapons, but he maintains that the kirpan are not weapons.

Lundy told the Canadian Press that promoters are always notified of the venue's weapon policy and advised to inform the center of any special religious or cultural concerns. Lundy said that Dhaliwal did not mention any such issues.

The performer staged a make-up performance on August 3rd at Prairie Winds Park Calgary. Kirpan wearers were permitted to attend the event.

"I have done whatever I could do possibly in my limits to put together something like this," Dhaliwal told Metro News. – CelebrityAccess Staff Writers