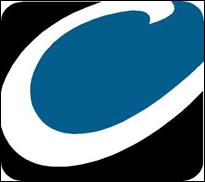 The Court's order certifies classes of ticket buyers in Los Angeles, Chicago, Boston, New York and Denver. These five regional markets were used as "template" markets during the class certification stage. Plaintiffs have filed cases against Clear Channel in 23 different regional markets, all of which have been consolidated before Judge Wilson in Los Angeles. The Court's order denying Defendants' motion for judgment on the pleadings refused to dismiss Plaintiffs' attempted monopolization claim at this stage of the case.

Wexler Toriseva Wallace LLP is a national leader in major class action and mass tort litigation. The firm has been instrumental in providing meaningful relief for thousands of consumers, small businesses, large corporations and health and welfare funds in litigation throughout the United States. Among the cases in which WTW is currently acting as co-lead counsel are a nationwide class action against numerous drug manufacturers challenging their publication if fraudulent Average Wholesale Prices, a nationwide action seeking recovery on behalf of individuals who have had defective versions of the Composix Kugel Mesh Patches implanted, and a class action on behalf of consumers and third party payors regarding an illegal scheme by wholesaler giant McKesson Corporation and publisher First DataBank that caused billions of dollars in overcharges for brand-name pharmaceutical drugs. — (CelebrityAccess Staff Writers)