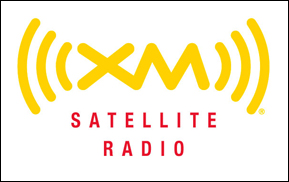 Analysts expected a loss of 45 cents per share, according to Thomson Financial.

Revenue rose 20 percent to $287.5 million from $240.4 million last year, meeting expectations on Wall Street, as XM added 315,000 net subscribers. The subscriber gain is a 10 percent improvement over the year-ago quarter, when XM recorded 286,000 new net subscribers. It is the first time in a year that the quarter-to-quarter comparison showed an increase in net subscribers, chief executive Nate Davis said Thursday in a conference call with investors.

Though XM's revenue increased, expenses increased at an even faster rate. Chief Financial Officer Joseph Euteneuer said the company had about $9 million in merger-related costs in the quarter, including $500,000 in lobbying to gain approval from various regulatory agencies. Euteneuer also said the company had $8 million in costs connected to the departure of former chief executive Hugh Panero.

Marketing and advertising costs also were up significantly.

Since the company's inception in 1992, it has lost about $4.19 billion, according to regulatory filings. XM Radio has been on the air since September 2001.

The company continued adding more new customers through factory-installed car radios as opposed to radios purchased separately at retail outlets by the consumer.

Factory-installed radios accounted for 74 percent of XM's gross subscriber additions in the third quarter, compared to 64 percent in the year-ago quarter.

Company officials have said they believe the future of satellite radio lies with factory-installed receivers and they have increased partnerships with automakers in recent years to increase availability of their product. Slightly more than half of the consumers who purchase cars with factory-installed models end up keeping the service as a paying customer, Davis said.

XM, which still needs regulatory approval for the deal with Sirius, said it will hold a shareholder meeting Nov. 13 to vote on the proposal.

"We remain optimistic that our deal to merge with Sirius will close by the end of this year," said Chief Executive Nate Davis in a statement.

Parsons said more analysts in recent months have expressed optimism that regulators will approve the deal.