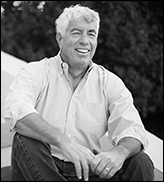 Capshaw confirmed to Billboard that he had re-acquired the brand, telling the publication, “Given e-commerce’s effect on retail in general, it’s an important space to be in. And it’s an opportunity for artists to be in business for themselves with their own store platforms and to create better revenue streams—and data-gathering—for themselves while dealing directly with their fans.”

Capshaw originally founded MusicToday in 2000 to leverage the reach of the Internet to sell merch for his clients and other artists directly to consumers, either via the Musictoday digital storefront, or through white-label websites designed by Musictoday for clients.

In 2006, Live Nation acquired a controlling stake in the company, which they eventually bought out completely before spinning it off to e-commerce company Delivery Agent in 2014. Both Delivery Agent and Musictoday filed for chapter 11 bankruptcy in September 2016 and announced that they were seeking suitors for music today.

Capshaw told Billboard that he intends to work with Musictoday's existing team, with Del Wood, who served as COO of the company under Live Nation, stepping in to lead the operation.

Capshaw declined to disclose the financial details of the transaction. – Staff Writers