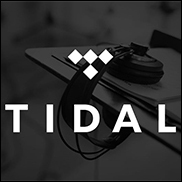 (Hypebot) – Much of Jay Z's catalog is now back up on Apple Music. Yesterday, we reported that Jay Z’s solo catalog has been pulled from Spotify and Apple Music, but remained available on Tidal, which he founded and controls. That news was so… yesterday.

Most of Jay Z's catalog is back on Apple Music, but it remains missing from Spotify as of Tuesday morning.

The only releases absent from Apple Music are now the rapper's debut record, "Reasonable Doubt," and the three "Blueprint" albums

Yesterday's industry rumor mill was that the cause of Jay Z's sudden exit from Spotify and Apple Music is his Tidal streaming service's recent deal with Sprint which promises more "exclusive content."

But with the music back up on Apple Music but not Spotify, the bread crumbs lead to another possible motivation. Jay Z's takedown may stem from Spotify's recent Universal deal. His flagship Roc-A-Fella label is part of the Universal Music Group family and some portions of the secret deal may not please the rapper-entrepreneur.

We'll have more as this story develops.