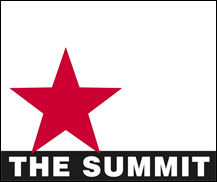 LONDON (CelebrityAccess MediaWire) — Ensuring that fans remain loyal to live music, the state of the unsigned and emerging artiste sector and how British acts can break internationally are among topics to be debated at music industry conference ‘LIVE UK The Summit.’

‘Critical Mass,’ valuing the fan, ‘Breaking and Entering’ and ‘Going Global’ are the first sessions announced for the annual event, set for 9-10 October at the Radisson SAS Portman Hotel in London’s West End.

“With all the talk about the economic downturn, festivals feeling the pressure and rising ticket prices, the industry needs to make sure that it has a strong audience base during what are likely to be difficult months ahead,” says LIVE UK managing editor and conference producer Steve Parker. “So one of the main panels of The Summit will focus on ensuring live music remains good value for money.

“We’ve also added ‘Going Global’ to report on the success of British acts overseas and how new artistes can follow,” says Parker. “The live music industry is a huge wealth contributor for the UK and its participants deserve more recognition for their achievements and we want The Summit to help in that goal.”

Other conference panels will include Fields Of Gold? (on the festival scene), Eye of the Media and last year’s most popular panel, The Golden Ticket. –by CelebrityAccess Staff Writers