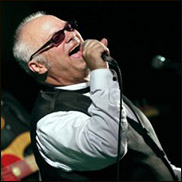 According to a statement by his label Alligator Records, Salgado was admitted to the hospital on March 7th after suffering from what doctors described as a mild heart attack. While undergoing testing after the attack, doctors discovered arterial blockage necessitating the bypass.

Salgado's manager, Shane Tappendorf said: "We expect the surgery to be successful and anticipate a full recovery."

According to Alligator, Salgado has canceled all of his upcoming tour dates through April, though he still intends to perform at the 2017 Blues Music Awards ceremony in Memphis on May 11, where he is nominated for three top awards, including Album Of The Year (for his recent release The Beautiful Lowdown), Soul Blues Artist Of The Year, and Song Of The Year (for Walk A Mile In My Blues). – Staff Writers