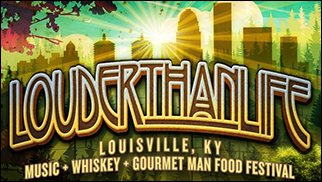 LOUISVILLE, KY (CelebrityAccess) — In advance of this weekend’s third annual Louder Than Life festival, event producer Danny Wimmer Presents and the Greater Louisville Convention & Visitors Bureau have released a study of last year's event and its financial impact on the region.

The study, conducted by Destination Analysts, Inc. and commissioned by the Greater Louisville Convention & Visitors Bureau, estimated that the 2015 edition of the festival generated nearly $13 million in economic impact for the Louisville area.

According to the study, with the average non-local attendee spent $285 in Louisville outside of the festival. Spending by Louisville area residents was not counted towards the final estimated economic impact.

As well, attendees at the event reported high marks the Louisville region.

“While not yet our biggest festival, we are really proud of what we have accomplished in our first two years in Louisville. Our goal in the next 3 years is to see this festival’s annual economic impact grow to $25 million. And frankly, given the continued cooperation that we get from the city, the Mayor, CVB, parks department, local law enforcement and the local residents, this is achievable. Louisville is quickly becoming our second home, and we intend to continue investing in this amazing city. Bourbon & Beyond is coming in June 2017, and don’t be surprised to see other events from us as well,” Hayes added.

This year's edition of the festival takes place on October 1 & 2 at Champions Park in Louisville with a lineup that includes Avenged Sevenfold, Korn, The Cult, Slayer, Disturbed, and Slipknot among others. – Staff Writers